Why Some Entrepreneurs Choose Not to Grow Their Businesses 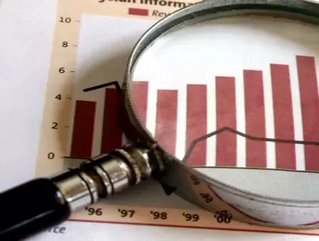 Written by Doug and Polly White

It’s undeniable that small business is the growth engine of the economy. The Small Business Administration reports that there are 22.9 million small businesses in the United States. The Bureau of Labor Statistics (BLS) states that 90 percent of all net job creation from 1996-2007 came from small businesses. There is little question that if the US is to recover from this recession and if unemployment is to be driven down, small business will lead the way. Yet, not all small business owners choose to grow.

Harvard Business School teaches that the primary objective of a business in our capitalist system is to create shareholder value. To oversimplify only a little, businesses increase shareholder value by growing the bottom line. To be sure, if a business has financial investors, there is a fiduciary obligation to grow the bottom line. You might think that this is a no-brainer.  Certainly all business owners would want to grow their enterprise. What we found might surprise you.

During the course of conducting research for our new book, Let Go to Grow; Why Some Businesses Thrive and Others Fail to Reach Their Potential, we interviewed the owners of more than 100 small and midsize businesses. More than a few had made a conscious decision not to expand their companies any further. Growing their businesses is simply not something they wish to do or feel they can do. We found three primary reasons that small business owners decided not to grow.

1.   To avoid risk and maintain their lifestyle – We spoke with a concrete contractor who has revenue of about $2 million per annum. The owner pulls enough cash out of the company each year to make a very nice life for himself and his family. He has time for a wonderful personal life and is able to pursue some hobbies that he loves. As a businessman, he is highly respected in his industry. Because he is honest, trustworthy, reliable, and good at what he does, there is usually more work than he can accept. Even when times are tough, he keeps his crews busy.

There is little doubt that he could grow the business significantly if he decided to do so. Growing the business would mean buying more equipment, hiring more people, probably working longer hours, and definitely delegating significant decision-making authority to new managers. The owner has decided not to take that path, at least not right now. All things considered, it’s a completely reasonable decision. We spoke with numerous business owners who, like this concrete contractor, had made the decision not to grow their businesses to avoid further risk and to maintain their comfortable lifestyle.

2.   To avoid regulation – A local bank was very successful. Through hard work and excellent customer service, it had grown its assets exponentially. In the process, it had created wonderful jobs and hired many people. It was a great example of small business fueling the growth of the American economy.

As the number of employees grew the diligent head of human resources approached the president and said, “You know, when we hit 50 employees; we’ll be subject to FMLA” (the Family Medical Leave Act). After gaining a thorough understanding of the complexity of complying with the Act, the President made a conscious decision to stop the growth of his bank. Job creation came to a screeching halt. The president wasn’t opposed to extending the benefits of FMLA to his employees. Rather, he made an informed decision to avoid the considerable cost associated with the complexity of maintaining records and making judgments about what qualified for FMLA and what did notâ€•so much for small businesses fueling the growth of the economy.

Large Fortune 500 companies may be able to afford the cost of regulation because they can amortize it over tens of thousands of employees and over billions of dollars of revenue. Unfortunately, small businesses don’t have that luxury. Further, a company doesn’t have to reach the 50 employee mark to be subject to significant regulatory requirements. In fact, in the Commonwealth of Virginia (a relatively business friendly state), we count dozens of different state and federal regulations with which a business must comply when it hires its first employee. They include acronyms such as CCPA, FLSA, USERRA, OSHA, FICA, FUTA, HIPAA, ERISA, and the list goes on and on. It’s enough to make an entrepreneur's head explode.

We spoke with a small general contractor who, after trying to grow, made the conscious decision to eliminate all of his employees to avoid the burden of these regulations. He remains in business as a “solopreneur.” We were quite surprised to find that a government, which claims to be focused on reducing unemployment, is actually crushing job creation with over regulation and yet, there it was.

3.   To avoid having to delegate responsibilities – Through hard work, perseverance and sacrifice, George Carson had grown his cabinet business, Riverside Manufacturing, to a company with 40 employees. The employees operated the equipment. They built and installed the cabinets. They made sales calls and resolved customer service issues. They scheduled production, shipped product, sent invoices and paid bills. Overhead was still very low. There were no supervisors or managers. To the extent that there was any formal organizational structure, everyone reported to George.

George was unwilling to let go of decision-making responsibility and he wouldn’t delegate the hiring or management of any of the workers. Once his capacity to perform these tasks was exhausted, growth stopped. Although he struggled to explain why, George just wasn’t comfortable delegating decision-making authority.

He was probably right, because Riverside lacked the infrastructure necessary for successful delegation. It didn’t have the right managers in place. It didn’t have well documented processes to communicate to employees how George wanted things to be done. Finally, it didn’t have a robust set of metrics to let George know what was going on in his business if he weren’t personally present. Without these three things, delegation is risky at best. George chose to continue making all of the decisions himself. When George’s capacity was exhausted, Riverside’s growth stalled because he decided not to delegate decision-making responsibility and he wouldn’t delegate because he didn’t have the right infrastructure. Although he didn’t realize it, George was the constraint to growth in his own business.

Whether it’s satisfaction with the status quo, a desire to avoid the burden of regulation or not understanding how to delegate, many small business owners have implicitly or explicitly made a decision not to grow their businesses. Some pundits subscribe to a mantra that in business you have to grow or die. We found example after example of entrepreneurs who debunk this myth every day.

It’s completely reasonable for business owners to make an explicit decision not to grow because they are satisfied with the current size of their enterprise. That’s their choice. It’s shameful that our government incents small businesses not to hire and crushes job growth with unnecessarily burdensome regulation. It’s unfortunate that some entrepreneurs unwittingly become the constraint to growth in their own businesses because they don’ know how to delegate properly.

About the Authors: Doug and Polly White are Principals at Whitestone Partners; a management-consulting firm that helps small businesses build the infrastructure they need to grow profitably. They are also coauthors of the groundbreaking new book, Let Go to GROW; Why Some Businesses Thrive and Others Fail to Reach Their Potential (Palari Publishing 2011). The book, which was named a Best Business Book of 2011 by the NFIB (National Federation of Independent Business) explains how entrepreneurs can avoid the most common pitfalls as their businesses grow and is available at www.WhitestonePartnersInc.com