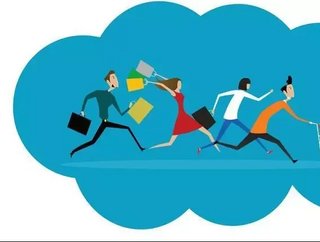 Adobe has released its 2016 online shopping data for Black Friday and Thanksgiving Day. More than $5 billion ($5.27 billion) was spent online by the end of Black Friday, a 17.7 percent increase year-over-year (YoY). Black Friday set a new record by surpassing the three-billion-dollar mark for the first time at $3.34 billion (21.6 percent growth YoY) while Thanksgiving accounted for the remaining $1.93 billion. Black Friday became the first day in retail history to drive over one billion dollars in mobile revenue at $1.2 billion, a 33 percent growth YoY.

Mobile is driving the majority of visits to retail websites on Black Friday at 55 percent (45 percent coming from smartphones, 10 percent from tablets), while accounting for 36 percent of sales (25 percent smartphones, 11 percent tablets). Large retailers* have seen twice the growth in online sales compared to small retailers since the beginning of the season. Retailers that have invested in mobile, email and social have seen 30 percent more sales on average and 25 percent higher average order values.

Adobe’s Black Friday report is based on aggregated and anonymous data from 22.6 billion visits to retail websites. Adobe measures 80 percent of all online transactions from the top 100 U.S. retailers, more than any other technology company**, and uses its proven predictive model powered by Adobe Sensei to forecast online sales and trends.

“Shoppers hit the buy button at unprecedented levels as conversion rates were up nearly a full percent across all devices in the evening hours on Black Friday,” said Tamara Gaffney, Principal Analyst and Director, Adobe Digital Insights.

“With the full day total coming in at $3.34 billion, Black Friday may have just dethroned Cyber Monday's position as the largest online shopping day of the year. Shoppers are still buying at higher than expected levels in the early morning hours of Small Business Saturday.”

*Large retailers defined as those in Internet Retailer’s Top 100