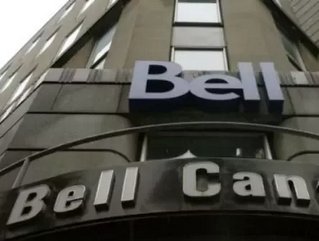 The Competition Bureau announced Tuesday that Bell Canada has agreed it will no longer produce misleading representations of their service prices. Additionally, under this agreement, Bell Canada will pay a fine of $10 million, the maximum amount allowed under the Competition Act.

The Competition Bureau has concluded that since December 2007, Bell has charged higher prices than advertised for many services. Even more, the advertised prices were unavailable as mandatory fees were hidden from consumers in the fine print of its ads.

"I am pleased that Bell cooperated with the Bureau's investigation and is taking steps to correct the misleading advertisements," said Melanie Aitken, Commissioner of Competition. "When a price is offered to consumers, it must be accurate. Including a fine-print disclaimer is no licence to advertise prices that are not available."

One example of Bell Canada’s misleading ads is its advertisement that featured a bundle for home phone, Internet and TV services starting at $69.90 a month. In reality, it was impossible for customers to buy such a bundle for the price advertised. The lowest possible price that consumers could actually by the package for was $80.27 – about 15 per cent higher than advertised. Even consumers who purchased services separately were fed misleading info as hidden fees were excluded from those ads as well.

Bell Canada has also agreed to modify all of its non-compliant advertisements within 60 days.

The Competition Bureau is an independent law enforcement agency that ensures Canadian businesses and consumers prosper in a competitive and innovative marketplace.