The curious history of Snapchat and its increasing importance for businesses 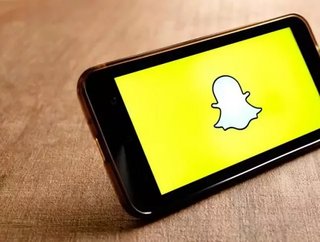 In a modern world flooded with social apps, and with more being created almost every day, Snapchat stands out as one of the most successful, in the top five with Twitter, Google , LinkedIn, and the world-conquering Facebook. Launched in 2011, by the end of 2014 the app had 30 million active users and 60 million downloads, with over 40 percent of 18 year-olds in the United States using Snapchat on a daily basis. Snapchat is a relatively recent player in the social app game, but its rise to success is an informative story for any would-be Internet entrepreneur.

Snapchat is a social media tool that allows its users to send photos and videos that expire within seconds of being opened. Users can set these messages to last for one to 10 seconds, giving the recipient a brief chance to view them, after which they are permanently deleted. Another feature is the ability to create a post or a collection of posts to allow unlimited viewing for a 24-hour period, known as Snapchat Stories, by all members on the poster’s friend list. Recent updates allow users to chat by video, use facial-recognition filters to change their appearance, and choose from a broad selection of emojis and animations for direct messaging.

The history of Snapchat

Snapchat began life in July of 2011 as the brainchild of Stanford University students Bobby Murphy, Evan Spiegel, and Reggie Brown, and was originally called Picaboo, for iOS only. It was renamed Snapchat two months later. The app caught on quickly, and began to attract the notice of some serious investors, among them Lightspeed Ventures, Benchmark Capital, and Institutional Venture Partners.

The two main reasons put forth for the app’s phenomenal success are that it closely mimics the way communication works in real life, as person-to-person interaction that lasts only a few seconds and then the moment is gone. Secondly, parents and other members of older generations have a dominant presence on Facebook, causing younger users to seek out a new platform. Snapchat came on the scene at just the right time.

In November of 2013, the Wall Street Journal reported that Facebook’s CEO Mark Zuckerberg offered $3 billion to acquire Snapchat, but this offer was turned down. In the same month, it was reported that Google offered $4 billion to buy the app, but that offer was also declined.

Snapchat’s rise to fame was not without some difficulties. Almost from the very beginning, the self-described “brogrammers” had a falling out. Murphy and Spiegel decided to cut fellow co-founder Brown out of business dealings, though Brown claimed to have originated the idea for the app. Not surprisingly, this led to numerous lawsuits eventually settled in 2014.

Despite this controversy, Snapchat has continued to prosper, launching new features and versions, including an app for kids under the age of 13 called Snapkidz. As of May of 2015, usage rates reached 2 billion pictures and videos per day, and in 2016 it reached a record of 7 billion videos a day, with a valuation of between 10 and 20 billion dollars.

As an advertising platform, Snapchat offers significant opportunities for businesses. Although more expensive that traditional app advertisement, the exposure that ads get on the app is unparalleled. A new feature called “Discover” offers content from major news and entertainment sites like CNN, People, Buzzfeed, ESPN, and many more. The content is ad-supported, and it’s estimated that the ads on the feature are viewed up to 1 million times per day, at a cost between 10-15 cents per view. Still, with that kind of exposure, many businesses looking to target a younger demographic may consider the price tag worth it.

Ads can now also be sold within Snapchat Stories, with the app offering geographically-filtered ads within individual snaps. In 2015 Snapchat signed a deal with the NFL to feature specific games within their Stories feature, another lucrative opportunity for ad placement.

Snapchat has proven itself to be an effective social media marketing platform for businesses, especially for targeting mobile-device users with coupons and special offers.

The future looks exceptionally bright for this newest of shining stars in the social media constellation. With no lack of funding or users, and plenty of money rolling in for development, it’s certain that the app will continue to add more features in an attempt to broaden its user demographic base, with Facebook-like features such as the ability to create personal profiles and improved functionality.

With usage in the billions and the potential to rake in new market shares, businesses can no longer write off Snapchat as just a millennial obsession.