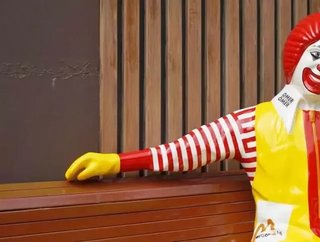 With the bizarre rise of threatening clown sightings occurring across the world, McDonald’s has made the decision to cut back on Ronald McDonald’s public appearances.

According to the Associated Press, the company is choosing to be “thoughtful in respect to Ronald McDonald’s participating in community events” thanks to “the current climate around clown sightings in communities.”

While many of the sightings have been discovered to be false, the disturbing clown-related sightings have certainly impacted the world at large. Many would argue that clowns – and Ronald McDonald himself – are already disconcerting, but not all brand mascots divide opinion quite so much. Here are some instantly recognizable characters who inspire a more positive reaction.

A melusine is a feminine freshwater spirit from European folklore, and Starbucks chose to use a Norse woodcut-inspired mermaid-like image as its logo. The logo has changed over the years, beginning as a full view of the creature, before increasingly closing in on its face and further sharpening the image. The unnamed siren is one of the best-known brand images in the world.

Chester is the official logo of Cheetos-brand snacks, and has been likened on and off to a cooler, more outspoken version of the Pink Panther. Over the years he has become less antagonistic and more aimed towards an adult demographic. Originally a puppet, Chester is now computer animated, and remains as iconic as ever.

The Burger Kind is Burger King’s mascot, used in advertising on and off and recently revised. Of all of the characters on this list, The Burger King has undergone the most change as a logo, beginning in the 50s as a chubby, child-like character and evolving into a fully-grown adult man in a plastic mask, widely known as ‘Creepy King’.

A simpler character than the previous two, the Energizer Bunny is a small pink rabbit in sunglasses which beats a drum. Energizer’s consistently simple advertising campaigns have long-featured the bunny beating its drum for far longer than other rabbits, animals, and humans which represent different battery brands. The bunny has become more realistic and expressive over the years, but remains instantly recognizable as a symbol of quality.

Tony the Tiger is the mascot of Kellogg’s Frosted Flakes – now better known as Frosties – a friendly tiger who interacts with humans to encourage the consumption of sugary cereal. Tony features an instantly recognisable voice and catchphrase, and has taken on more and more humanoid characteristics over the years, inching away from his slinky tiger form and assuming the shape of a muscular man. Despite these changes, Tony is one of the longer-running single-brand mascots still known worldwide today.

We finish with the one and only human mascot on this list, as well as the newest – The Man Your Man Could Smell Like. He is the mascot of Old Spice’s 'Smell Like a Man, Man' campaign, and the commercials feature a handsome and topless spokesman (Isaiah Mustafa) in a parody of all things masculine that brings a traditionally old-fashioned brand bang up to date. The commercials have proven appealing in their sense of humour, especially with the later addition of Terry Crews. The original TV campaign went viral, and Old Spice has enjoyed a surprising boost in popularity since.