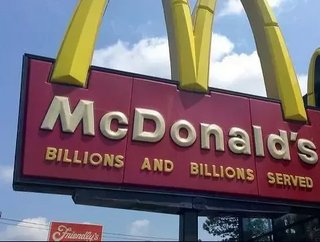 Snapchat has a firm userbase in Canada with up to 12mn daily users, of which 82% have been found to be millennials.

As one of the largest employers of youth in the country, McDonald's Canada and its franchisees remain committed to leveraging technology to build new ways to apply, learn and grow at the business. Up to 83% of its nearly 100,000 employees are millennials, who serve up to three million customers each day.

This new approach to recruiting is one of the ways McDonald's Canada is bringing mobile-first innovation to its guests and employees. Later this month, the brand will also be launching a first-in-Canada partnership with Google Voice, where Canadians will be able to discover local offers available in the MyMcD's app by asking their Google voice-activated device.

Not only that, the business is set to become the first brand in Canada to launch 'Snapplications,' where the one-day virtual hiring event will enable millions of job seekers to apply for a career at McDonald's restaurants through the Snapchat app. On March 27th, Snapchat users will find a unique lens that enables them to film a 30-second video capturing why they want to work for McDonald's that can be submitted to the McDonald's Canada hiring portal.

"We wanted to offer a convenient and flexible application process to attract more young people through our one-day virtual hiring event," Stephanie Hardman, Chief People Officer at McDonald's Canada stated in a recent press release. "From youth applying for their first jobs, to experienced candidates, Snapplications is a new and exciting way for people to kick-start a career at McDonald's Canada."

"As a leader in the Quick-Service industry we know that technology is a critical driver of success. Our partnerships with Snapchat and Google Voice are examples of how we're bringing first-to-market innovation to our guests," added Lara Skripitsky, Chief Technology Officer at McDonald's Canada.

50% of McDonald's franchisees started as regular staff, where more than 90% of McDonald's 1,400 Canadian restaurants are locally owned and operated by these independent entrepreneurs. McDonald's has consistently ranked among Canada's 50 Best Employers for the last decade, where it remains steadfast in improving its service offerings, where 85% of its goods and services are also purchased from Canadian suppliers.