Meet the company: DoorDash to acquire Wolt in bid to expand 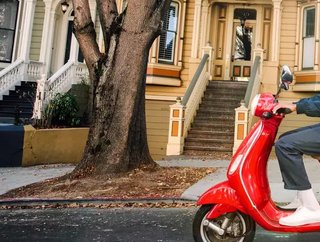 As North America’s biggest food delivery company strikes deal to buy European delivery platform Wolt, we discover how this eight-year-old startup got there

On-demand delivery giant DoorDash has agreed to acquire European food delivery startup Wolt for US$8.1bn, as it plans to expand into Europe. The acquisition of the Finnish delivery app will bring DoorDash’s services to Europe giving it access to Wolt’s 4,000 employees and operations in 23 countries.

This is DoorDash’s sixth acquisition and its second in 2021, having secured salad-making robot startup Chowbotics earlier this year, and follows the company’s monster IPO a year ago.

The last couple of years have been momentous for DoorDash. Beginning life as a Palo Alto website in 2013, flash forward eight years and it’s now the largest food delivery company in the US with a 56% market share and a 60% market share in the convenience delivery category.

Booming off the back of the pandemic, DoorDash carved out partnerships with convenience store retailers and pharmacy giant CVS to deliver more than just restaurant food during the lockdowns, making triple the revenue in the first nine months of 2020 than the same period a year earlier.

This made the company ripe for IPO and in its market debut on the New York Stock Exchange in November 2020, DoorDash reached a US$32bn valuation, making its founders overnight billionaires.

Currently operating across the US, Canada, Australia, Japan, and Germany, with 450,000 merchants, 20 million customers and more than a million drivers (‘Dashers’), DoorDash is set to go global in a big way.

We discover exactly how DoorDash got there.

DoorDash – how did it all begin?

The world’s biggest food delivery firm DoorDash was a lightbulb moment for its four founders. While discussing ideas for a startup business app in a macaron store in Palo Alto in 2012, two Stanford MBA students Evan Moore and Tony Xu overheard the manager turn down a delivery order.

“If there was lightbulb moment, this was it,” co-founder Moore said in a tweet in 2020. “Why couldn’t businesses send things across town, on-demand? There should be an on-demand Fedex!”

And so the idea of a delivery service for local restaurants was born, with Moore and Xu conducting small business research before bringing two Stanford computer science undergrads – Andy Fang and Stanley Tang – along for what would turn out to be one hell of a ride.

The four founders, all Stanford students with experience working in Silicon Valley – Xu had worked at McKinsey as a business analyst and at eBay and PayPal in corporate strategy – launched Palo Alto Delivery in January 2013.

An online delivery service, it started as a website featuring a Google voice number and menus from eight local restaurants, with each delivery charged at US$6. Overnight the orders began flying in and the founders got busy delivering all over the Stanford campus. Students by day, food delivery drivers by night.

As the startup began to make profit, just six months after the first delivery, and without even an app to its name, the founders applied to the startup accelerator Y Combinator and were accepted on its sought-after three-month programme.

While Palo Alto Delivery was anything but proven, having made only 217 deliveries at that time, creator of Gmail Paul Buchheit, who reviewed applications, was impressed by the startup – mainly because they were “doing exactly the right things” and doing it themselves, says Buchheit, inclusive of “delivering food, and talking to customers, restaurants, and potential drivers”.

Within 18 months of starting out, they had raised US$2.4m in a seed round of funding from top-tier investors including Khosla Ventures, changed the company name to DoorDash, hired more people including drivers they called ‘Dashers’, and said goodbye to one of the co-founders, Evan Moore (he is now a partner at Khosla Ventures).

By 2014, DoorDash had landed nearly US$20m in VC funding and was delivering food for more than 1,000 restaurants in the Bay Area and LA before expanding to Boston.

And it just kept growing, and the investment kept rolling in. By 2018, DoorDash had a valuation of US$1.4bn, surpassing Uber Eats to become the second largest company in US food delivery sales behind Grubhub; and by February 2019, its value had increased five-fold. It was the pandemic however that really changed the outlook for DoorDash bringing increased business to the startup’s doors as lockdowns forced even more people into food delivery customers. Almost 550 million orders flowed in from January to September 2020, and DoorDash accrued US$1.9bn in revenue in the first nine months of 2020, more than triple the total in the same period a year earlier.

This also brought expansion into other areas as demand for deliveries increased. DoorDash extended its reach into retail with the launch of same-day delivery service in convenience store goods including more than 1,800 stores of chains like 7-Eleven, Circle K and Casey’s General Store.

The firm further inked a deal with CVS Pharmacy, with ‘Dashers’ delivering more than 3,000 food, grocery non-food and non-prescription products from the pharmacy retailer; and most recently with Dollar General to offer on-demand delivery of household essential items; and announced it was adding alcohol delivery to its app and was engaged in talks to buy Instacart.

On the back of such success, and its final funding round in July 2020, bringing its total raised funds to US$2.5bn, DoorDash finally made its market debut in November 2020 with a valuation of US$32bn, making its three co-founders – CEO Tony Xu, CTO Andy Fang and Chief Product Officer Stanley Tang – billionaires all under the age of 40.

And now with its acquisition of Helsinki-based startup Wolt, America’s most popular food delivery app is set to make its mark in Europe. DoorDash – a delivery company with heart

Despite the founders’ drive to succeed, huge valuation and status as billionaires, the company has remained true to its founding mission, a humble one.

Driven from the start by a mission to help local businesses succeed, the founders have always been committed both to the merchants and the riders (the ‘dashers’) and acknowledge they wouldn’t have existed without either.

“We founded DoorDash with the mission of growing and empowering local economies,” Xu has said. “While our business will change often, one thing is constant. We couldn’t be here with the tireless work, partnership and trust from our employees, merchants, dashers and consumers.”

In October 2020, a month before they went public, Xu announced that DoorDash would invest US$200m in local businesses as part of its Main Street Strong initiative. This has provided the most active ‘dashers’ on their app with bonuses, saved restaurants more than US$120m since March 2020 via its relief programs, and provided restaurants with US$11m in small business grants to help them recover from the pandemic.

As well as looking after its people, DoorDash has always been passionate about food waste. The firm launched Project DASH in 2018, as a way of tackling the problems of hunger and food waste in the local communities they serve. This includes charity meal donations, among other initiatives.