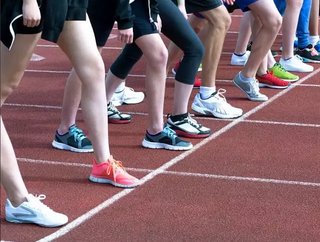 Developed by the Reebok Future Team, Reebok Future are set to transform the footwear manufacturing industry with their new 3d printing process for footwear, eradicating the use of moulds which increase the expense of new sneakers.

Their new sophisticated manufacturing software and robotics within their Liquid Factory process effectively ‘draws’ shoes in 3D with a high rebound liquid material, where the outsole of the shoe is then built in layers to not only provide a suitable foundation, but ensures this can then be filled with a high-energy material, providing twice the energy return of traditional rubber outsoles, in comparison with the use of conventional moulds.

Bill MicInnis, Head of Future at Reebok said, “With Liquid Factory, we wanted to fundamentally change the way that shoes are made, creating a new method to manufacture shoes without moulds. This opens up brand new possibilities both for what we can create, and the speed with which we can create it.”

Since its conception, Reebok have created the Reebok Liquid Speed. The system allows the athletic shoe to be tailored to fit the wearer perfectly, where liquid ‘wings’ are added to either side of the outsole by the machine, which then expsand and stretch to the sides of the shoe, moulding around the individual foot as the wearer laces up, providing a unique, three-dimensional fit.

The liquid speed allows heightened sensory feedback, allowing the user to feel the ground in three dimensions. However, the process will also reduce the time for shoes to be manufactured or redesigned or configured, with the eradication of moulds, allowing for greater freedom in the creation of new products .

Reebok President Matt O’Toole said, “The Reebok Future team was created to innovate not only the products we make, but also the process by which we make them.  We’re looking at how we can bring speed, customization and enhanced product performance to the process of creating footwear - and Liquid Factory is a very exciting development in this area.”

The process has been such a success, a new Liquid Factory manufacturing centre will be launching at the beginning of 2017.