Shopify to add hundreds of workers and second office in Waterloo 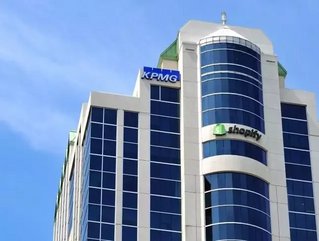 Canadian ecommerce startup Shopify has announced that it will be adding up to 500 new jobs and a second office location in Waterloo, Ontario, over the next two years.

Roles will be available across the company, from engineering, to sales, to senior management.

“We initially chose to build Shopify’s presence in Waterloo because we knew we would be supported by the tech community in the region,” said Loren Padelford, General Manager and Vice President of Shopify Plus.

“With that support, along with world-class local talent, our growth has outpaced our expectations and projections. By continuing to invest in the region, we are helping build a stronger ecosystem, one that employs great local people, and also brings new talent to the region.”

The company has announced the expansions will be largely geared towards growing Shopify Plus, the company’s service used by merchants and other large or complex customers.

“Our top priority at Shopify is to support the continued growth of our merchants by making some of the most complex parts of running their business simple and easy. For us to do that, we need to hire great people,” said Padelford.

“We believe that The Corridor is anchoring the next great wave of technology and we’re excited to play a big role in providing talent a home in our community.”

Shopify’s second office will be situated on 85 Willis Way, just a short walk from the original building, doubling the company’s footprint within Waterloo.