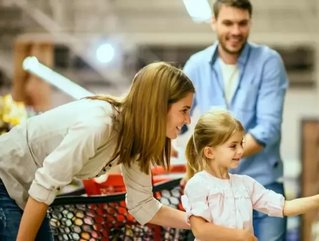 In time for worldwide retail event Black Friday, FAO Schwarz has reopened its doors under the management of private equity-backed company ThreeSixty. Headquartered in California, the ThreeSixty Group is a leading cross-category designer, manufacturer and distributor of consumer products to major retailers in the U.S. representing over 70,000 retail stores.

Originally founded in 1862, luxury toy vendor FAO Schwarz “was unable to adapt to e-commerce, and its parent company until 2016, Toys “R” Us, had its own serious troubles.” The company closed its doors in 2015, Forbes reports.

Since acquiring the FAO Schwarz brand in 2016, ThreeSixty has drastically revamped the business model. According to the New York Times, ThreeSixty “wants to avoid the problems that befell its previous owners. The large network of stores. The vast supply of toys that can be hot one moment and cold the next.”

As a result, “FAO’s new owners are creating thousands of ‘stores within stores’ at other large retailers as well as small stores in airport terminals and other locales across the United States and in China.” The New York Times reports that the new locations will be heavily stocked (40%) with FAO-branded merchandise, including luxury stuffed animals and toys by brands like Melissa & Doug.

The majority of toys are sourced through ThreeSixty’s operations in China “that can produce the branded toys at lower costs, which will bring higher margins in its stores and online”, according to the New York Times.

FOA’s New York location overlooks Rockefeller Plaza and  “is meant to serve as a blueprint for how stores should operate”.