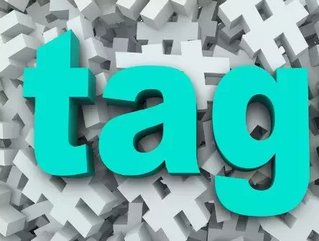 If you have taken some time to explore Twitter or used Facebook recently, you may have seen that some posts contain certain words that are preceded by the “#” symbol and highlighted. Wondering what they are? They’re called hashtags.

A hashtag, as defined by Twitter, is “The # symbol used to mark keywords or topics in a Tweet. It was created organically by Twitter users as a way to categorize messages.” Clicking on a hashtag (on either Facebook or Twitter) will show you all the other Tweets and posts that have used that keyword. Hashtags can also be used to denote emotion (example: My cat ran away. #Sad) of signify that you are participating in an event (example: Having a blast on set! #Oscars).

If your posts or Tweets are public, keep in mind that anyone that searches for a hashtag you have used will find your posts. Also, when a certain hashtag becomes popular with public accounts (e.g., #Election2012), it will become a Trending Topic on Twitter.

Some tips for using hashtags properly for your social media presence:

If you choose to use a hashtag, place the hashtag symbol before a relevant keyword or phrase (no punctuation or spaces) in the Tweet or Facebook post to categorize them and help those Tweets show more easily in Twitter Search.

Don't spam a #Tweet or #Facebook #post with #hashtags—meaning, don't over-tag a single Tweet or post. Best practices recommend no more than two hashtags per post. When hashtags are used excessively, they can cause annoyance and frustration and may cause people to stop following you. Use hashtags only when they are going to add value, rather than every word in your update.

Whether you’re looking grow your business through Twitter or simply want to get more involved in social media, hashtags are a powerful way to connect with your intended audience.