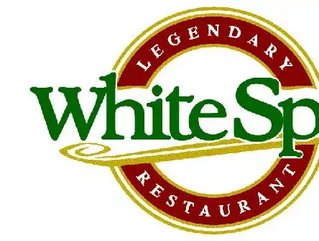 White Spot  has announced the launch its new brand platform which taps into the award-winning restaurant’s 83-year history to appeal to the hearts and stomachs of British Columbians. The multi-phased and faceted advertising campaign, which started last week, leverages an entirely new look and feel with the tagline, “Home to great taste…since 1928.”

The launch of the new platform is part of White Spot’s long-term business strategy that focuses on continuously redefining the restaurant and its offerings to stay relevant, along with facilitating significant expansion in Western Canada and abroad.

“In 1986, internal projections showed that we would serve our last meal in 2010 if we didn’t do something to increase our guest counts,” said Warren Erhart, President of White Spot. “We took immediate action by making substantial changes across the board—from our menus and restaurant décor and design, to developing our industry-leading Red Seal Chef training program. As a result, 2010 was a banner year for White Spot with unprecedented growth. In fact, 87 per cent of British Columbian’s who dined out last year, did so at a White Spot restaurant.”

Through the new brand platform, consumers will see a shift from White Spot’s “Celebrity Chef Campaign” to an emphasis on the White Spot guest experience that centers on the concept of “home”. The campaign was the result of a 12-month strategic process that engaged Vancouver-based creative agencies Me&Lewis and Taylor Made Media and included extensive research and creative testing to ensure the content would resonate with both existing guests and potential new diners in all markets.

“Our marketing emphasis over the past several years has been on the continuously evolving menu and raising awareness for our industry recognized Red Seal Chef apprenticeship and certification program,” said Cathy Tostenson, White Spot’s Vice President of Marketing and Menu Development. “The next chapter will continue to highlight our fresh and diverse menu offerings, while at the same time putting the spotlight on the guest experience and the many qualities that make White Spot feel like ‘home’.”

The launch of the new brand platform represents one of many milestones for the company over the past two years. In addition to being recognized as one of Canada’s 50 Best Managed Companies, White Spot has opened five full-service franchised restaurants, eight Triple O’s quick-service locations in BC and three in Asia, has recently built a 1548 square-foot state-of-the-art culinary center at its Home Office in Vancouver and launched a 30-foot mobile restaurant branded “Triple O’s On The Go”. White Spot has also signed a development agreement in China for the opening of 16 restaurants under its Triple O’s QSR brand in Zhejiang province and Shanghai.