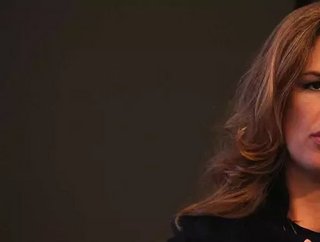 In the first of our C-Suite spotlights for the US, we profile Erika Nardini, the Barstool Sports’ CEO who has blazed a trail in a male-dominated indus...

Who is Erika Nardini?

A seasoned media executive and expert in building, marketing and monetising digital media brands, known for her entrepreneurial spirit, dynamic leadership and outspokenness, Erika Nardini has blazed a trail in a male-dominated industry taking the helm as CEO of digital media sports’ brand Barstool Sports in 2016.

What is Barstool Sports?

Barstool Sports is a digital media brand that delivers unfiltered, authentic, irreverent, and sometimes controversial sports and entertainment audio and video content to more than a billion followers on social media (1.6 billion) and millions through its website, app, podcasts, and Sirius XM channel. Barstool was recently recognised as the 47th largest publisher in the US with a wider reach than ESPN Digital, the Washington Post, Turner and the NY Times, despite being nearly 1/100th the size of these companies.

Why is Nardini in the spotlight?

Ultimately, because in just a few years Nardini has grown Barstool exponentially, creating the fastest-growing lifestyle brand on the fastest-growing platforms on the planet. The first CEO of Barstool Sports, Nardini has taken Barstool from a regional blog with 12 employees to the digital media juggernaut it is today, with its national multimedia force of more than 180 employees and well over a US$100 million valuation.

Under her leadership, Barstool's revenue has skyrocketed by 1,100% and it is now the 6th largest podcast platform in the world, the world’s #1 sports podcast and number #1 female podcast, and the fastest growing sports brand on every social platform. Nardini has launched over 35 brands including breakout franchises in entertainment, sports and sports betting.

And her other achievements?

Since turning Barstool into a massive success, Nardini has been named the 'Most Controversial Woman in Sports' by the NY Post, one of Fast Company’s Most Creative People, and one of the 'Most Powerful Women in Sports' by AdWeek and Forbes. She’s aso secured an array of awards, from Google’s Marketing Machine Award in 2006, to the Advertising Hall of Achievement Class of 2014. She sits on WWE’s corporate board of directors WWE.

What’s her latest initiative as CEO?

She’s formed a SPAC with Peter Chernin, film producer (Planet of the Apes remakes) seeking US$250 million to acquire consumer-oriented internet businesses including companies in media, sports, gaming and wellness. And rumour has it that she’s now looking to buy a sports team-type

How did she get to this position?

Nardini began her career as Media Manager for Fidelity Investments, responsible for all broadcast, print and interactive media planning and buying, and where in the late 90s, she established the firm's first digital planning practice. In addition to stints at Demand Media, Yahoo! and Microsoft, Nardini was VP and Group Account Director of Arnold Worldwide for four years, responsible for all digital and media management for brands including Royal Caribbean, Volkswagon, Tyson Foods and Goodyear.

She was also AOL’s first CMO of advertising. where she oversaw its position and value as a leading digital content and tech platform, redesigning AOL’s entire marketing strategy which led to improved customer awareness. Just prior to joining Barstool, Nardini served as President and Chief Revenue Officer of Bkstg, a musician to fan platform that aims to create a relationship between artist and fan.

In her own words…

“But I like that the buck stops with me, and that I’m accountable,” she said in 2017 of her first-ever CEO role at Barstool Sports.