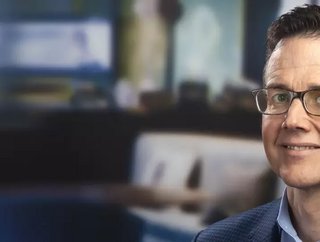 In a week where long-serving CEO Richard Fain steps down from his post at Royal Caribbean Group and Toronto-Dominion Bank makes major changes to its top executive ranks that overhaul the leadership of its retail banking operations, we serve up the latest executive transitions across North America.

From consultancy and tech, to hospitality and car rental, and from chief people officers to chief information officers, here are the latest executive moves.

Former Amazon executive Rodrigo Brumana has been tapped by Nasdaq-listed Poshmark Inc. to be its new Chief Financial Officer, as the online fashion marketplace aims to boost the returns on its marketing investments. Joining from Amazon, where he most recently served as finance chief of the ecommerce giant’s private-label business, Brumana was also CFO of used-goods marketplace OfferUp Inc for two years, and prior to that senior director of finance at eBay Inc. Brumana is tasked with continuing to accelerate the growth of Poshmark, whose revenue grew 15.7% in the third quarter as consumers ramped up spending.

Twenty-year management consulting veteran Jeff Wray (pictured top) has been named global leader for EY Parthenon – the strategy consulting arm of EY and the fifth largest strategy consulting organisation by revenue. Most recently serving as the firm’s Americas strategy leader, and prior to that as global consumer industries leader and Americas consumer leader, Wray also spent a decade at The Boston Consulting Group, where he was a partner, and five years at Kearney. Bringing a strong background in strategy consulting to the role, with deep experience driving large-scale operational change and as a trusted C-suite advisor, Wray has been tasked with driving the consultancy’s global market agenda in 2022 and beyond, amid heightened demand for strategy and transformation services. Former Dunkin’s CHRO Stephanie Lilak has jumped ship to Nasdaq-listed dating app Bumble, where she takes up the role of chief people officer. This move marks Bumble’s transition to majority-female leadership with women now accounting for seven out of 12 members of the exec leadership team. With 25 years of executive-level HR expertise, Lilak most recently led the HR function at Dunkin’ Brands where she oversaw global employee recruitment, training, and leadership development. Prior to this, she spent 23 years at General Mills in various exec-level HR roles as well as serving as operations leader for the company’s largest US manufacturing plant. In her new role, the psychology graduate will lead the strategic HR agenda for Bumble’s global business. Currently serving as President, APAC, for the Estee Lauder Companies, Mark Loomis is set to relocate to New York and take the reins of the company’s US business, as President, North America, effective February. With 25 years under his Estee Lauder belt, much of it spent in Asia, Loomis has successfully led strategically significant beauty markets, including ELC’s businesses in Canada and Japan, and has deep global leadership experience spanning the beauty giant’s brands, channels, regions and affiliates. As President, APAC, since 2018, he led the region to new heights, driving growth across all 13 affiliates and delivering key business opportunities – helping to grow net sales and doubling the region’s online business. Armed with a strong strategic vision and collaborative leadership skills, Loomis will guide the North America leadership team to help maximise sales, profitability and market share growth.

Global tech and operations executive Tim Langley-Hawthorne was tapped recently by US$5bn Hertz Corporation to be its Chief Information Officer. Previously with Hitachi Vantara, the multi-billion-dollar global hi-tech subsidiary of Hitachi, where he most recently served as CIO, Langley-Hawthorne has a proven track record of successfully leading complex technology enabled business initiatives across geographies and business functions. Prior to Hitachi, he spent nearly six years with Western Union in senior tech leadership roles.

Seasoned finance and operations exec Jason Liberty will be stepping into the main role as CEO of Royal Caribbean Cruises. Liberty will be replacing current CEO Richard Fain who is stepping down, effective January 2022. With the company for 16 years, Liberty served in a number of financial, strategic and operational roles before he became CFO in 2013. Liberty is also responsible for Silversea Cruises, the Group’s joint ventures with TUI Cruises and Hapag Lloyd Cruises, as well as the Group’s strategy, technology, supply chain, port operations and legal functions. Prior to Royal Caribbean, Liberty was a senior manager at KPMG, and he has an MBA from the University of North Carolina.