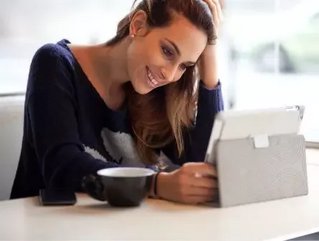 READ THIS ARTICLE IN THE JANUARY EDITION OF BUSINESS REVIEW USA

1. They don’t play the equality card

Have you ever heard Marissa Mayer winging about the fact she is female? Women who are destined to make it big in business don’t find being a woman a problem, in fact they embrace it and appreciate what they can bring to the table. They don’t blame their lack of success on a lack of a b******s either.

Conversely, they don’t feel like their gender means they should automatically be given a promotion, they know that success comes from hard work and determination. I recently read an interview with TIME magazine’s first female Managing Director, Nancy Gibbs in the Huffington Post. She is a champion of women who want to work their way to the top, but she is also very non-sensationalist about the glass ceiling. “I like the fact that glass ceilings are breaking all over. Probably very soon it won’t even be something anyone notices when you have a woman taking over one of these jobs,” she says.

It’s this kind of composed attitude that gives young women the belief they too can succeed; the glass ceiling is something that they can comfortably overcome with the right attitude and application.

2. They believe they can succeed

“Whether you think you can, or think you can’t. You’re right.” I’m not saying this is watertight, you have to have the substance to back up a claim like this, but an element of it is true at least. You have to believe in yourself and your own ability in order to succeed in business.

The founder of USA Network, Kay Koplovitz echoed this sentiment during an interview in July. She said, “You have to be comfortable that you can think your way through and actually execute your way through to the desired outcome. I expected to be successful. Bottom line? Confidence, and faith in yourself, is key.”

3. They care about their appearance

Being well presented says a lot about a person. It shows that you’ve got everything in control, that you take pride in your appearance and that you have self-respect. You wouldn’t catch Marissa Mayer, Opera Winfrey or Michelle Obama looking anything but pristine and stylish – in fact you are just as likely to catch these women on the ‘best dressed’ pages of Vogue as you are on the ‘business’ spreads of the New York Times.

Successful women not only understand what image of themselves they want to promote, but they also need to have a handle on every aspect of their lives. Business today is about a lot more than being good at your job; it’s about building your own brand as well as that of your company. Like it or not, what you wear and your general appearance says an awful lot about you.

4. They are not overwhelmed by challenges and never ending to do lists

If you are going to have a successful and rewarding career, you have to give into the fact that your to do list will never be competed. Strike one task off the top and another three will appear at the bottom. Successful women don’t see this as a problem, but rather enjoy pushing themselves to see what they can achieve.

I also watched an interesting video in which Arianna Huffington speaks candidly about ‘Letting go’. At the age of 40 she made a list, not of the things she wanted to achieve, but of the ‘negative fantasies’ she knew she was not going to achieve in life – learning to ski or play a guitar for example. By getting rid of this emotional baggage, Arianna can see the wood for the trees and focus her energies on the things that really matter. So sometimes admitting that not everything on your to-do list will be accomplished is also a sign of strength.

5. They have a healthy work / life balance

More often than not, women with successful careers have a healthy work / life balance. I am not for one moment suggesting that women with high powered careers clock off at 5pm every night and go out drinking, but they don’t let work ruin their lives either. In other words at the end of the day, be that 5pm or 2am, they are able to switch off and live a life away from the office. This comes down to the fact that they prioritize what’s important and make time for a life out of work. That time out allows for perspective and gives women with high-powered, stressful careers the opportunity to unwind and refocus when necessary.

6. They support other women

Successful women support their female counterparts; they champion women in business and more often than not they help others climb the corporate ladder. Madeleine Albright was the first woman to become the US Secretary of State and once famously said, “There is a special place in hell for women who don’t help other women.”

Women who have achieved success recognise and appreciate the hurdles their peers will have to overcome. Gail Blanke, President and CEO of Lifedesigns once said, “Don’t just stand for the success of other women – insist on it.”

7. They are cool under pressure

Honey, if you can’t stand the heat get outta the kitchen! The truth can be tough, but you will not make it in business if you cannot handle the pressure. If you want to reach the top you need to find coping mechanisms when the pressure is on. In a crisis, businesses need people who can remain calm and think logically; they need people that see solutions not problems and they need somebody who is composed who can effectively handle any situation.

8. They are passionate about what they do

One of my favourite quotes of all time is “Lack of passion is fatal” and that could not be more true when put in the context of your career. If you don’t care about what you do, if you don’t love your job and if you don’t have a genuine passion for your industry you will fail to achieve true success.

Anna Wintour is passionate about fashion, Burberry CEO Angela Ahrendts is fanatical about the brand and everything it stands for, Jacqueline Gold, CEO of Ann Summers is obsessed with underwear, Marissa Mayers is a self confessed geek and loves code, Sheryl Sandberg has a passion for online businesses and how to help them succeed… I could go on. All of these women dedicate their lives to their careers because they love them; they are genuinely interested in their industries. Passion is not an option; it’s a prerequisite for success.

9. They are empathetic and compassionate

It’s a myth that women have to be utter b*****s in order to succeed. The Devil Wears Prada stereotype is flawed at best and complete b******t at worst. Female bosses are often portrayed in the media as being the personification of cold, emotionless and harsh, but in fact the opposite if often closer to reality.

A study published in the Journal of Occupational and Organizational Psychology in 2007 found that female managers who were better at picking up on their subordinates’ nonverbal emotional cues and doling out empathy accordingly scored brownie points with their underlings, while women managers without those sensibilities were judged harshly.

10. They are willing to take risks

Eleanor Roosevelt once famously said, “What could we accomplish if we knew we could not fail?” and many successful women have lived by those words of wisdom. Sheryl Sandberg wrote in her book Lean In “What would you do if you weren’t afraid?” and even attributes that attitude for her writing the book in the first place.

You don’t achieve success by being average, you need to stop playing it safe every once in a while and step outside your comfort zone. Mark Zuckerberg said, “The biggest risk is not taking any risk… In a world that’s changing really quickly, the only strategy that is guaranteed to fail is not taking risks.” Successful women take calculated, educated risks in order to push boundaries and made themselves known. Go on, I dare you.

Successful women rely heavily on strong relationships, whether that’s friendship or romantic partnership. Sheryl Sandberg wrote in her management guide Lean In: “I don’t know of a single woman in a leadership position whose life partner is not fully – and I mean fully – supportive of her career.” Similarly, successful women tend to have a small, very close-knit group of friends who they can rely on.

12. They take care of their bodies

Exercise is the ultimate stress buster and when you have a high-powered career, there is a huge amount of stress involved. Stress, in its most simplified form (non-medical background alert) is a build up of adrenalin and going back to the caveman days, the only way to get rid of that adrenalin is to ‘fight or flight’ or in modern terms, go for a long run. Plus a long run at the end of a hectic day is the perfect way to unwind and clear your thoughts.

Eating healthily and general wellbeing is also good for concentration and your mind in general. Not to mention the added bonuses of a slimmer, trimmer, taughter and hotter body (see point three).

13. They lead by example

The most effective business leaders, lead by example. Duh. But female bosses are especially good at it. This possibly stems for the fact that women have been the underdogs in business for decades and thus have to prove themselves more than their male counterparts. But, whatever the reason, leading by example is an excellent way to manage a team. If you live by the rule the your would not ask anybody to carry out a role that you yourself would not be willing and able to perform then you are likely to gain the respect of your underlings while increasing your own knowledge of the business and your industry.