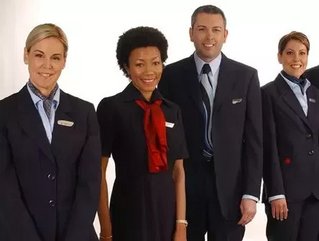 Air Canada announced on Thursday that it had filed an unfair labour practice complaint against the Canadian Union of Public Employees (CUPE) over the collective bargaining negotiations that have been occurring between the two since April 2011.

What have the CUPE done wrong exactly, in Air Canada’s mind? Air Canada claims the CUPE was in bad faith when “presenting modified demands at the bargaining table which added costs to their initial proposal and which widened the issues in dispute rather than narrowing them; tabling demands that it portrayed to Air Canada as being sufficient to meet its membership's demands; representing to Air Canada that it knew what its membership's demands were in order to obtain successful ratification of a new collective agreement; and failing to deploy all necessary efforts, as represented to Air Canada, to obtain ratification of the last tentative agreement.”

The CUPE, which represents 6,800 Air Canada flight attendants, is appalled at any suggestion  that it has been negotiating in bad faith.

“This complaint is a complete red-herring. The suggestion the Air Canada Component of CUPE has been bargaining in bad faith is ludicrous,” said Paul Moist, national president of CUPE. “This is just another transparent attempt to stall the flight attendants legal strike until back-to-work legislation can be put in place.”

Moist explained that the tentative agreement was rejected by members in “an open and democratic vote.” Moist chastised Air Canada for its bogus complaints and asked the company to have empathy for the frustration of its flight attendants.

The CUPE has asked Air Canada, by letter, to return to the bargaining table.

“CUPE is prepared to bargain and participate in the CIRB process in good faith. But this move by Air Canada is a provocation, precisely at the time when we should be looking for solutions,” said Moist. “This airline has not been able to conclude any negotiations with any of its unions without the threat of government intervention. Hand in hand, Air Canada and the federal government are trampling the rights of workers and pushing the parties apart.”