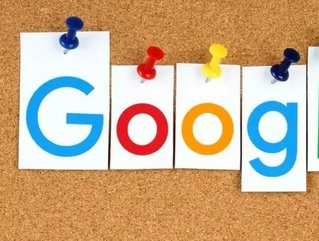 Google was founded as a company that specialized in Internet search. Over time, it has broadened into other areas from drones, pharmaceuticals and venture capital to advertising, hardware, and even artificial intelligence. Today, Alphabet Inc., formerly known as just plain old Google, has arms that reach far beyond just the worldwide web.

The tech giant is separating its moneymaking search and advertising businesses from the other “moonshot” subsidiaries. Alphabet is now the parent entity, and houses several companies, with Google the biggest among them.

Under Alphabet, subsidiaries such as Google (the search engine) will be run autonomously, with each being able to focus on its own particular business. This would be a significant shift from the original setup, which had Google as the parent company in charge of a number of diverse verticals. Now, the various businesses will operate independently and be folded into Alphabet, while Google's stock will also convert into Alphabet stock.

Reasons for the change

Google co-founder and Alphabet CEO Larry Page claims that the move will allow for cleaner operations and more accountability. Still, some suspect the restructuring was an attempt to please investors annoyed by Google’s wild investments. The split would allow the founders more time to pursue new game-changing technology, while also increasing operational independence between businesses that are unrelated to each other. This will improve focus and accountability, and create a house of brands as a catalyst for innovation.

RELATED CONTENT: How Google and Novartis are shaping health tech

Only a few Alphabet businesses — namely Nest and Fiber — currently generate significant revenue. Some estimate those units will bring in about $500 million in total revenue in 2016, with about $100 million to $150 million in gross profit. The rest of the Alphabet businesses, many of which are still in early stages — such as the self-driving cars that are part of Google's X lab — consistently operate in the red.

Alphabet’s non-Internet-related businesses could be hemorrhaging up to $4 billion a year, risking having a negative value when they are spun out into separate businesses under the Alphabet holding company.

Perks to the shake up

One overlooked aspect is how the new structure stops forcing subsidiaries  to work dependently. Since everything doesn't have to report through corporate, Alphabet's businesses may begin competing against each other or overlap in ways that may have once seemed like conflicts of interest.

This has happened even before the recent shakeup. When Google was working on a ride-sharing app, finance experts pointed out the competition with Uber, notable because Google Ventures had invested roughly $250 million in Uber back in 2013.

Today, a situation like that wouldn't have to face the same criticism. Sidewalk Labs, Alphabet's subsidiary project to improve cities, could potentially find ways to foster connectivity without being obligated to partnering with Google Fiber, the super-fast internet subsidiary.

Alphabet companies may even be able to seek investments from other outside sources, such as other corporations or financial entities, to jump-start projects that don’t fit with Alphabet’s corporate priorities or strategic interests. The rules will be completely different than in the old days under Google, and that could have a big impact across the technology industry.

To continue this story, check out Part Two. The article in full was originally published in our October 2015 issue of Business Review USA.