Apple becomes the first trillion-dollar company, but Amazon is not far behind 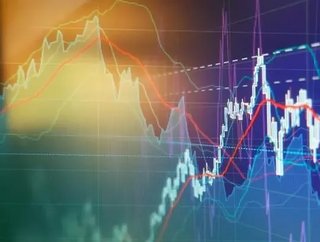 Apple has officially broke records to become the first publicly traded company in the US to hit one trillion, as its share price continues to rise. With shares reaching $207.05, its financial results have highlighted the company’s $11.5bn profit within the last three months.

Posting a quarterly revenue of $53.3bn, an increase of 17%, the company has reached its best June quarter to date.

Our Q3 results were driven by continued strong sales of iPhone, Services and Wearables, and we are very excited about the products and services in our pipeline,” claimed Chief Executive Officer, Tim Cook.

Apple has come a long way since its humble origins in the 1970s. Co-founded by Steve Jobs, Ronald Wayne and Steve Wozniak, the business’ decision to diversify from developing computers to build consumer technology has led to its astronomic rise.

Since the launch of the iPod in 2001 and the iPhone in 2007, the company has become a force to be reckoned with, where up to 60% of its $229bn annual sales now lies in these areas, The Guardian has reported.

Presently, the business has accumulated a net income of $11.5bn and an operating cash flow of $14.5bn, with its app store, cloud and support services, as well as payment system Apple Pay all contributing to its global dominance.

Since Cook became Chief Executive Officer in 2011 following the departure of Jobs due to ill health, Cook has been the key figure in driving the launch of innovative products, such as Apple Airpods, HomePods and MacBook Pros.

However, Amazon is slowly creeping up behind due to its diverse shopping platform, with a present market capitalisation sitting at over $880bn.