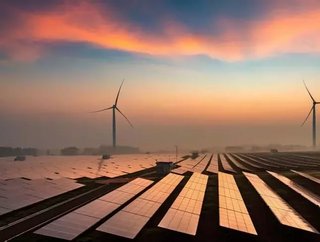 Apple has announced that all of its facilities globally, from its data centers to its headquarters, are now 100% powered by renewable energy.

These facilities span 43 countries including the US, China, the UK and India, with the firm also having announced that nine of its manufacturing partners have also committed to powering their apple-focused production with 100% renewable energy, upping the number of existing supplier commitments to 23.

“After years of hard work, we’re proud to have reached this significant milestone,” said Tim Cook, Apple’s CEO. “We’re going to keep pushing the boundaries of what is possible with the materials in our products, the way we recycle them, our facilities and our work with suppliers to establish new creative and forward-looking sources of renewable energy because we know the future depends on it.”

In line with these ambitions, Apple currently has 25 operational renewable energy projects around the world, such as solar farms, with a generation capacity of over 626MW.

With 15 more projects in the pipeline, once these are complete, Apple will have over 1.4GW of clean renewable energy across 11 countries.

Further, Google also recently announced that it had achieved a significant renewable energy milestone, matching its entire 2017 electricity consumption with the purchase of renewable power.

“No corporate purchaser buys more renewable energy than we do,” said Urs Hölzle, Senior Vice President, Technical Infrastructure. “To date, our renewable energy contracts have led to over $3 billion in new capital investment around the world.”

Other firms including Facebook and Walmart are pursuing similar initiatives, with leading US corporations becoming some of the largest drivers of the renewable energy industry.