ASICS in Canada: An interview with country president Richard Sullivan 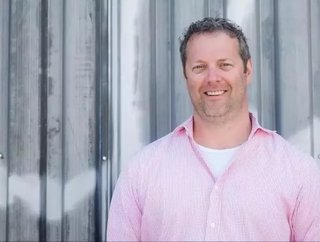 Richard Sullivan realises what he’s about to say sounds counter-intuitive, but he is confident the logic behind it is sound. “The first part of our modernisation, and one of the platforms that we use to tell our story to the consumer, will be bricks-and-mortar retail.” The President of ASICS Canada – who, prior to joining at the footwear giant, spent the better part of two decades overseeing brands at the Adidas Group – is holding forth about the company’s new retail branch in Toronto, a sprawling 4,400 sq ft space on Queen Street West. If it all sounds a little ‘back to the future’, it really isn’t. This is a prime example of omnichannel retail, and ASICS’ maiden flagship store in Canada.

“I've been with the company for about 16 months now,” says Sullivan, “and we've gone through a bit of a transition – physical as well as mindset – within the company. Our commercial business was located in Sherbrooke, Quebec, based on the longstanding and successful history of the distributorship that we had there, and a corporate decision was made to transition that office to Toronto.

“We also grew by roughly 7% in 2017. We're very happy and positive on both the prospects of our brand in Canada and, back to the modernisation, we really feel that it's a new mindset – renewed focus and new investment in the brand in Canada – to share our message with consumers.”

ASICS (an acronym of the Latin phrase ‘anima sana in corpore sono’: a sound mind in a sound body) was founded in 1949, by Kihachiro Onitsuka. This tale of humble beginnings is well-known – Onitsuka manufacturing basketball shoes out of his living room in Kobe, Japan – yet there are lesser-known details that make it even more inspiring. “He didn’t do it for commercial or financial gain,” Sullivan assures me. “He did it literally to put the Japanese youth back to work after the war.”

Fast-forward to present day, and ASICS is a publicly-traded multinational, boasting $3.66bn in sales, upwards of 7,800 employees, and offices across six continents. For Richard Sullivan, his professional mandate is Canada-centric, although no less broad. “I oversee the entire operation,” he explains, “whether it’s sales, merchandising, marketing, direct to consumer, finance distribution.”  There is also the small matter of 75 ASICS Canada employees, divided across the company’s main headquarters, distribution centre and five retail stores.

As a leader, he abides by three key tenets: to be honest, forward thinking and inspirational. Sullivan says: “I think that if you can put those three leadership characteristics in a pot, and mix them up, it leads to a really good culture for your company and you’ll have some long-term happy employees.” It seems to work. Although he naturally cannot shoulder full credit, Sullivan states there are “some 30-year employees, some 40-year employees, some 27-year employees,” at ASICS. “I think that’s a good testament that this is a great place to work.”

Circling back to ASICS’ continuing quest to modernise, Sullivan notes its recent global rebrand: I Move Me. Comprising digital videos and influencer partnerships, as well as in-store and offline activations, I Move Me launched in North America in Q4 2017, in partnership with Grammy-nominated DJ and noted fitness fanatic, Steve Aoki.

I Move Me will continue to roll out this year, with a Canada-specific campaign focused around the brand’s freshly-signed ambassador, Olympic gold medal-winning swimmer Penny Oleksiak. Having captured the nation’s hearts at Rio 2016, aged just 16, the Toronto native was hot property – a fact not lost on Sullivan. “It was a big deal. She had opportunities to go to larger brands, if you will, but she felt at home with us,” he explains.

And yet, given that ASICS’ cap and trade ambassador had always previously been track and field-based, one might argue Oleksiak’s signing represented something of a risk. Of course, a quick consultation with a sporting calendar will reveal the masterstroke, as we head towards the 2020 Olympics in (where else) Tokyo. ASICS will be a gold sponsor for the Games. “We’re a Japanese based company, we’ve got a long heritage since 1949 and we’re held in really high regard in Japan. It’s on our home turf,” says Sullivan. “I think it’s a very proud moment for the company, and all of the employees globally.”

Still looking forward, Sullivan is keenly aware of developing consumer trends. “Globally, consumers are choosing to purchase on e-commerce, whether it’s Amazon or own-retail sites or Alibaba,” says Sullivan. He concedes ASICS is “playing catch-up” in terms of e-commerce, but notes it will bridge the gap quickly. “We are very, very bullish on what that can provide in the years to come. But I think overall, just the fact that e-commerce is a greater option for consumers today will probably be the largest trend that we see happening.”

The story of ASICS is a unique cocktail of old and new: past, present and indeed future. Are there any examples in which ASICS is outpacing its rivals, or driving industry modernisation? Sullivan laughs – “I can’t tell you all our secrets,” before adding: “I think the true answer to that is that all of our products are grounded in performance and innovation. We’ve got an institute for sports science, just outside of our head office in Kobe, that works feverishly daily to come up with new technologies to bring to market, and to have some type of an advantage for the athletes that use our products.

“I think that would probably be our advantage in the marketplace – whether it’s running or tennis, training or apparel, our performance-based products truly are engineered to help that athlete.” Kihachiro Onitsuka – the living room shoemaker, who simply wanted to provide jobs for war-surviving teens – would be proud.