BCG: Tech, software and pharma firms most innovative in 2021 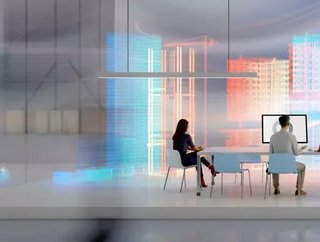 While tech and software giants especially in the US continue to dominate BCG’s most innovative companies for 2021, nine pharma firms rank in 2021...

Difficult times can lead to increased innovation. That’s the message from Boston Consulting Group’s annual Most Innovative Companies report for 2021, whose list of the top 50 most innovative companies in the world, reveals how the pandemic has demonstrated the importance of innovation excellence in turbulent times.

The innovative company list, which is dominated by US tech and software companies, up by two from last year, saw a breakout performance by pharma this year, with nine firms ranking, that’s three times the number in 2020, and a third of them made their debut appearance here.

US leads with innovation in tech and pharma

Although China earned just four spots among the top 50, all tech with Huawei (8), Alibaba (14), Lenovo (25) and Tencent (26), BCG predicted in its report that increasingly Chinese companies will break into the ranking in coming years as they “compete more visibly in global markets”.

Owing to its lack of tech and software companies, Europe ranked just 11 companies on this year’s list, down by four from 2020, though it did remain competitive in other industries, including pharma (with Novartis at 36, Roche at 48, AstraZeneca at 49 and Bayer at 50) as well as automotive, medtech, industrials and fashion. Take Siemens, the top European ranking at #11 (up 10 places from 2020) which in the last year found new uses for data and advanced technologies such as AI.

Pfizer (10), the innovation story of the year, along with Moderna (42), in which Merck & Co. (35) has been an early investor. According to the report, commitment and readiness helped Pfizer, in partnership with BioNTech, not only to cut the innovation time for a COVID-19 vaccine from a decade or more to less than a year but also to ramp up production capacity to deliver much-needed vaccines. Abbott Labs and Bosch (29 and 30, respectively) were early movers.

Companies in the top 50 tend to exhibit higher gender and ethnic diversity in their leadership, according to BCG, pointing to Microsoft, Alibaba, Cisco Systems, Philips, and Novartis.

“There's this big chicken-and-egg question when it comes to diversity and innovation: what comes first?” says Johann Harnoss, associate director and report co-author. “We tried to put this question to rest, using the unique data we have going back to 2005. We see clear evidence that it's diversity that drives innovation, and not so much innovation attracting more diversity.”

The report finds that just 20% of companies globally have built high-performing innovation systems that can transform ambitious aspirations into real results. Furthermore, some industries show big gaps in innovation readiness.

The report suggests that firms that are committed (they back priorities with investment) and ready (they have the necessary platforms and practices in place) are up to four times as likely as those that aren’t to outperform their peers in terms of revenues from new products, services, and business models.

“Innovative companies have reaped the benefit of their earlier investment through this current crisis period, both for their shareholders and in terms of wider societal impact,” says Ramón Baeza, BCG managing director and senior partner and a co-author of the report.

BCG found that this year’s research reveals a worrisome readiness gap. On the positive side, 75% of companies identify innovation as a top-three priority (up 10% from 2020 — the largest YOY increase in the 15-year history of the report), and 60% plan to increase their investment in innovation, with one-third of those planning to boost spending by more than 10%. However, 80% of companies fall short of BCG’s innovation readiness benchmark across multiple dimensions of their innovation systems.

The report suggests that attention to two areas can help bridge the gap: C-suite engagement and stronger bonds between product and sales teams.

BCG data shows that among companies that outperform their peers on innovation outcomes, close to 90% demonstrate clear C-suite-level ownership, compared with just 20% of underperformers. Meanwhile, almost a third of companies in the 2021 survey cited less-than-optimal collaboration between their R&D and sales teams as their biggest barrier to higher innovation output.

“CEOs are ramping up their companies’ efforts and investment, recognizing that innovation’s power to boost resilience and drive advantage is more important than ever,” says Justin Manly, managing director and partner and report coauthor. “We see a risk, however, that their hopes will not be realized because their companies are not ready. The good news is that most can radically improve their readiness with a few targeted changes in strategy, operating model design, and organizational capabilities.”