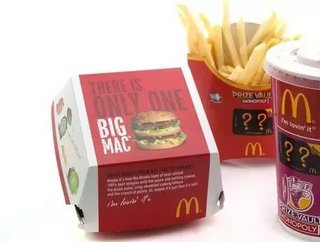 McDonalds has become part of American culture, of which many will mourn the passing of Big Mac creator Jim Delligatti, who saw a gap in the market and consumer’s desire for a larger sandwich deal back in 1968.

Even 50 years after its establishment within McDonald’s menus, the company has not altered the ingredients or design, making it one of the most long-standing, successful products under the franchise.

Delligatti never received any royalties for his creation, but had been reprted to eating at least one Big Mac per week since it became a firm favourite at the chain. He originally thought of the concept when working within McDonalds stores in Pennsylvania.

Despite its success, McDonald’s were initially reluctant to market the supersized meal, as the traditional menu of burgers, fries and milkshakes were already a huge hit. However, the 500+ calorie meal remains the firm favourite of many fast-food lovers today and is available worldwide.

Responsible for opening over 45 stores in Pennsylvania , Delligatti also helped create McDonald’s breakfast menu, with Hotcakes and Sausage meals being the result of a catering towards steel workers at the end of their night shifts, as stated by Business Insider.

The three bun, two beef patty, salad and secret sauce meal will forever be his legacy, at which McDonalds has released a statement, stating that "Jim was a legendary franchisee within McDonald’s system who made a lasting impression on our brand."