By Rebecca Castrejon
May 19, 2020
undefined mins 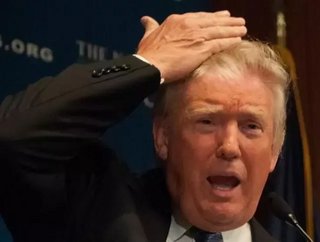 The richest businessman in Mexico, Carlos Slim, has cut ties with Donald Trump after the latter offended Mexicans during his speech announcing his run for the presidency of the United States.

The magnates were going to launch a television mega project with Larry King, named Ora TV, which would be a producing company financed by America Movil. The partnership is over as of June 29 after Trump carried on offending the neighboring country.

Slim’s spokesperson, and son-in-law, Arturo Elias, stated: “Working with someone that narrow-minded was not going to work out.” He added that the comments were racist, especially when he said that Mexico sends narco-traffickers, rapists and murderers to America.

The Mexican philanthropist and investor has joined the growing list of organizations and public figures who have “fired” Trump from their plans. TV networks like Univision and NBC, as well as organizations like the National Association of Hispanic Publications (NAHP) and Voto Latino, have ended political ties and business dealings with the Republican.

Eddie Escobedo Jr., NAHP president, said: “Free speech is a basic right of our democracy and we respect Mr. Trump’s right to exercise it. However, we also demand respect for our Latino community, which, everyday, is becoming a more important population for the United States.”

Celebrities like musicians Becky G, Erika Vidrio, Mana, J Balvin and Roselyn Sanchez have also responded to Trump through social media. Sanchez, who would have been the host of the Miss USA pageant, withdrew her involvement and said on Facebook: “I can’t tolerate the disrespectful and hurtful words that came out of the mouth of Mr. Trump. It seems unreal that in his speech to announce  his candidacy he could have had such a lapse of intelligence and decency. Mexicans, like all other Latinos, positively contribute to this great nation.”