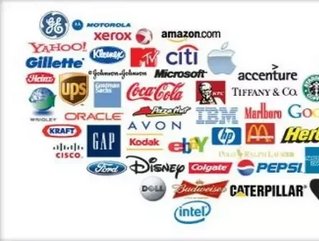 Forget the cold hard numbers, what are people talking about? The answer to that question is exactly what  YouGov's BrandIndex's Buzz Report aims to find out. Based off "Buzz Points" granted to the brands based off of customer feedback satisfaction,  the company tallies all positive feedback to the question, "If you've heard anything about the brand in the last two weeks, through advertising, news or word of mouth, was it positive or negative?" The report ranked the average scores from January to December 2011, and the results (listed below) may surprise you...

1. Subway:  Subway sandwiches takes the number one spot for the second year in a row. Perhaps it is because Subway has long been the loyal American’s favorite sub shop, or perhaps it is because Subway utilizes some cutting-edge, digital word-of-mouth campaigns including their hush hush five dollar sub promotion,which was not traditionally advertised. Ultimately the Buzz King's ranked in 41.0 buzz points overall.
2. Amazon: Amazon's launch of the Kindle Fire, as well as the current success of their comprehensive online marketplace kept the revolutionary internet mogul on everyone's minds earning the company 37.5 buzz points.
3. History: No, internet users were not buzzing about Benjamin Franklin nor Martha Washington. It’s History the media company which ranked third on the list with 36.7 buzz points. Why does America love this company so much? Its cutting edge lineup of specials that are as controversial as they are informative continuously make for compelling water cooler discussions day after day.
4. Google: Go ahead and Google it. Google is number four on the buzzworthy list, earning 35.7 buzz points. The new Gmail, as well as their Android Smartphone platform, has made geek gurus a verifiable force to chatter over.
5. Cheerios: Cheerios are more than just a major part of a breakfast of champions, they are also most American parents go to snack staple in feeding their finicky toddler. This long term American must have, brought in 35.5 buzz points overall.
See Related Stories from Business Review USA:
How to Discover Your Leadership Brand
Top Ten Biggest Brands

Is Integrating a Brand Strategy Right For You and Your Business

6. Lowe’s: Home Depot is home no more, as Lowe's repeatedly beats them out in buzz reports. This year they earned 35.5 buzz points.

7. Ford: Ford is an American brand staple almost as old as America itself. Strong sales in 2011, and their savvy American Idol product placement ads,  got them 35.4 buzz points over the year.

8.  Discovery Channel: Lewis and Clark are so 1800s, now Americans get their discovery fix, the good ol' fashioned way, on the television. The Discovery Channel's wholesome hub of informative science based programming earned them 34.8 buzz points in 2011.

9. Target: Target hits the Target again, proving to be one of America's favorite brands, and edging out Walmart for a place in the top ten. Overall they snagged 33.7 buzz points.

10. Apple: The tragic loss of American Icon Steve Jobs, as well as the continued success of the company's stellar line of technological devices, kept Apple on our minds in 2011. All together the innovative company snagged 33.0 points overall.