Canadian Billionaires and the Conglomerates They Lead 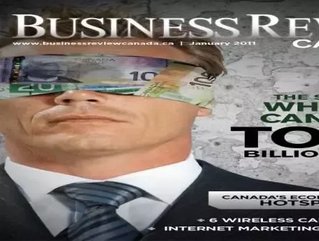 Canada’s richest control what you eat, the information you process and the energy needed for modern society. Do you know who wields the most influence over your daily?

We have profiled Canada’s top-five billionaires, and believe it or not, the list doesn’t include RIM’s Jim Balsillie or Mike Lazaridis or even Joseph-Armand Bombardier.

The surprising list does have a reclusive media tycoon and a headline-grabbing entrepreneur, though.

Thomson tops the list of Canada’s richest and is the 20th richest in the world, according to Forbes. Thomson is the chairman of Thomson Rueters, the world’s leading source of information for businesses and professionals, which resulted from the merger of The Thomson Corporation and Rueters in 2007. The new entity, Thomson Rueters, operates in 100 countries, has over 55,000 employees and a nearly $13 billion in annual revenue.

Predetermined, Thomson assumed control of the information powerhouse when his father died in 2006 and his son will is the designated successor. He is currently connected to actress Kelly Rowan, whom he has a daughter with. Thomson is intensely private and detests many people in the business sphere.

J.K. owns J.D. Irving, the conglomerate which has interests in forestry, pulp and paper, tissue, newsprint, building supplies, frozen food, transportation, shipping lines, and ship building. J.D. Irving is the largest single landowner in New Brunswick, Nova Scotia and Maine. Arthur owns Irving Oil, its retail stores, oil refinery, oil tankers and distribution terminals and facilities. The Irving family, possibly one of the richest in the world as their exact net worth is impossible to determine because the companies are privately owned, are often the source of ire. They have an almost a complete monopoly in print media in New Brunswick.

Galen made his mark by turning around the once-prominent but headed for bankruptcy the Ontario-based Loblaws supermarket chain in 1971. By slashing stores and a revised marketing/advertising campaign, Galen was able to right the sinking ship. Galen was appointed Chairman and Managing Director of George Weston Limited in 1974, where he presides over one of Canada's most recognizable companies.

Pattison owns the third largest company in Canada, which has holdings in numerous car dealerships, Overwaitea Foods and Save-On-Foods, Ripley's Believe It or Not! and radio and TV stations in British Columbia and Alberta. He also owned the Vancouver Blazers of the World Hockey Association.

The Jim Pattison Group bought GWR, the company that owns Guinness World Records, in 2008. The Jim Pattison Group also has holdings in four broadcast television stations and more than 25 radio stations. Most notably, Pattison paid a $200,000 ransom for one of his daughters who was famously kidnapped in 1990.

By far the youngest of the top-five richest Canadians, Edward was appointed Deputy Chairman of Rogers Communications on September 15, 2009, Canada's largest cable company offering cable television, high-speed Internet access and residential telephone services. Rogers Retail is one of the largest retail chains in Canada with more than 475 stores.

Edward isn’t just an heir to a fortune; he’s helped create the wealth. As President and Chief Executive Officer of Rogers Cable Inc. and its three business units from 2003 to 2009, Edward doubled Rogers Cable’s EBITDA. In 2008 the Company generated $3.8 billion in revenue, over $1.2 billion in EBITDA and had over 14,000 employees.