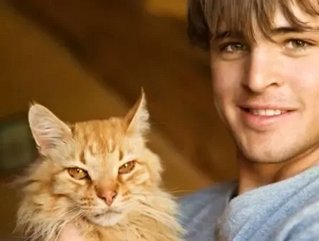 McMaster University researchers say they’ve developed a cat allergy vaccine that will say “good-bye [to] itching, watering eyes and sneezing.”  Providing a solution that doesn’t mean costly allergy shots or getting rid of the family pet, this vaccine will help the eight to 10 per cent of the population allergic to cats.

Mark Larché, immunologist and professor in the Department of Medicine at McMaster University, has developed the vaccine based on 10 years of research in Canada and Britain. The vaccine is effective, safe and has almost no side effects.

To develop the vaccine, researchers took one protein that cats secrete on their fur, which causes most allergy problems, and deconstructed the molecule to identify short regions within the protein that activate T-Cells in the immune system. The researchers then made synthetic versions of these regions via the amino acid code for the protein.

For the vaccine, they found seven peptides. "And those synthetic peptides are what we mix together to make the vaccine," said Larché in an official statement. "We picked the peptides that would work in as much of the population as possible.”

A low dose of the vaccine is given into a person’s skin, a process known as “peptide immunotherapy.” At the early stages of the vaccine, four to eight doses a year may be required, but side effects associated with regular allergy shots are not present.

The vaccine was developed in a partnership with Adiga Life Sciences, established at McMaster in 2008. Further development of allergy vaccines for people allergic to house dust mites, ragweed, grass, birch tree and moulds is underway with the university and Adiga’s collaboration.