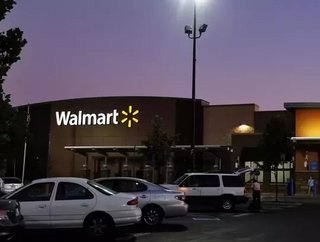 Doug McMillon is an American businessman and the president and CEO of Wal-Mart Stores Inc. He first joined the company in high school as a summer associate and now sits on the retailer’s board of directors. He also led the company’s Sam’s Club division from 2005 to 2009 and Walmart International from 2009 to 2013. He became the company’s fifth CEO in 2014.

Doug McMillon has worked for Wal-Mart throughout his whole career, first starting in 1984 as a teenager, unloading trucks in a distribution centre. Once he finished high school McMillon went on to study the master of business administration course at the University of Tulsa. After completing his studies, he went back to Wal-Mart to work as a buyer, joining its buyer-training program. He started out being in charge of buying fishing tackle, and then went on to have various roles dealing in food, clothes, crafts and furnishings. He then went on to work as a general merchandise manager for Walmart’s wholesale store division Sam’s Club before taking an executive role overseeing toys, electronics and sporting goods.

Walmart promoted Doug McMillon to president and CEO of Sam’s Club on 4th August 2005. During his time in the role, McMillon emphasized marketing to small business customers in an attempt to compete with Costco Wholesale.

On the 25th November 2013, Walmart announced that Doug McMillon would immediately join the company’s board of directors and would replace Mike Duke as Walmart CEO on February 1st 2014, becoming the fifth chief executive.

When McMillon took the role, Walmart was suffering slow growth and increased competition from rivals such as Costco and Amazon.com, as well as small stores like Family Dollar and Dollar General. Within his first two years in the role, McMillon raised wage for hourly workers in the US and revamped the executive team.

In February 2015, Doug McMillon announced Walmart would invest an additional US$2.7 billion in higher associate wages, benefits and training, raising its lowest wage to $9 an hour in 2015 and $10 in 2016, In January 2016, McMillon announced raises for the majority of its workers, free basic short-term disability for full-time workers and a revised paid time off program.

Forbes named Doug McMillon to its World’s Most Powerful People list in 2014 and 2015, where he ranked No.29 and No.32 respectively. ExecRank ranked McMillon No.4 on its 2015 list of top CEOs for large companies.