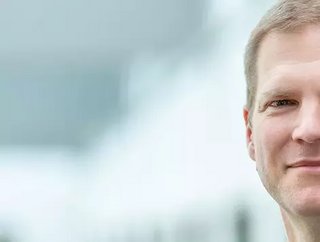 Having tripled BCG’s business and doubled its workforce in his nine years as CEO, Rich Lesser will now be succeeded by head of Europe, Christoph Schweizer

Currently serving as Boston Consulting Group’s head of Central and Eastern Europe and the Middle East, Christoph Schweizer is set to become the consulting giant’s next Chief Executive Officer (CEO).

Schwiezer, 48 and a German native, will be BCG’s seventh CEO when he takes over on October 1, and will replace current CEO Rich Lesser, who stepping into the role of global chair.

Lesser tripled BCG business in under a decade

Having served as CEO for nearly nine years, Harvard-educated Rich Lesser is credited with leading a major expansion of the consulting firm, tripling its business and more than doubling its workforce to over 22,000 employees.

Central to such growth has been the rapid expansion in capabilities. The launch and scaling of BCG Digital Ventures to collaborate with clients to build and accelerate the growth of digital business; and BCG GAMMA to deliver cutting-edge advanced analytics, ML and AI capabilities; with embedding technology, digital and analytics now representing nearly 40% of BCG’s revenues, up from less than 10% a decade ago.

Lesser oversaw the creation of BCG TURN, a rapid performance accelerate unit, the launch of BCG’s now nearly US$2bn Principal Investor and Private Equity practice; the acquisition of BrightHouse, a pioneer in business purpose consulting; and the launch of the BCG Henderson Institute think tank.

But that’s not all. Under Lesser’s leadership, the company has expanded its footprint from 42 to 51 countries and has formulated a huge focus on diversity and inclusion, with female managing directors and partners having grown at almost three times the rate of male ones, and now representing 44% of BCG’s global staff and 35% of its Executive Committee. Lesser further accelerated the firm’s strong investments in social impact.

Schwiezer to build on Lesser’s legacy of growth

These are certainly big shoes for new CEO Schwiezer to fill, but ones the nearly 1,500-strong team of BCG managing directors and partners believe he is capable of, with all members of the team electing him to the role in a vote.

Having worked with BCG for the last 23 years, both in the firm’s New York and Munich offices, Schwiezer has served as global head of the Health Care practice, as head of CBG’s global practice areas, and most recently as head of central and eastern Europe and the Middle East.

He has a proven track record of growing and transforming major international businesses, especially across the healthcare industry and with private equity firms, and in his current role as head of central and eastern Europe and the Middle East is responsible for 23 countries that make up 30% of firm revenues, including 39 offices and several specialty businesses, which include BCG Platinion and INVERTO.

He will be the firm's seventh CEO in its 58-year history.

BCG was founded in 1963 by the late Bruce Henderson, a Harvard graduate who became vice president of the Westinghouse Corporation at age 37 and served as a senior vice president for management services at consulting firm Arthur D. Little. Henderson led the firm he founded until 1980 and served as chairman until 1985 when he became Chairman of the Board.

The second CEO to take the reins for the firm was Alan Zakon, from 1980-1985, under whose leadership the firm initiated a series of R&D projects that lay the groundwork for what ultimately became the firm’s industry and functional practice areas, including banking, retail and manufacturing.

Harvard graduate John Clarkeson, who had been with the firm since 1966, took over from Zakon and was CEO for more than a decade, from 1986 to 1997, and later Chairman. During his tenure, Clarkeson reinvented the firm by focusing on international growth, boosting employee equity, and opening up its election process, a unique model of governance and partnership that still exists today. By the end of his term, Clarkeson had grown the firm from 500 to 3,000 professionals, with 40 offices worldwide.

Clarkeson was then succeeded in 1998 by Carl Stern, who spent 37 years with BCG, serving as its CEO for five years until 2003 and later Chairman for a further eight years. The firm’s fifth CEO Hans-Paul Burkner took over from Stern, serving nine years as President and CEO until 2013.

With a focus on globalisation and transformation, Burkner presided over a highly successful growth period for the firm during which BCG nearly tripled its revenues. Under his leadership, BCG established the Public Sector and Sustainability practices, the social-impact and education initiatives, and the insurance and Marketing and Sales practices, as well as opening 18 offices worldwide, doubling global staff and tripling revenues.