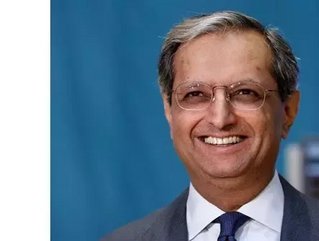 In surprising news today, Citigroup’s Board of Directors announced that Vikram Pandit, CEO, has stepped down from his position, effective immediately. In wake of this news, the Board of Directors appointed Michael Corbat as CEO. Corbat previously served as CEO of Europe, Middle East and Africa at Citigroup.

“Thanks to the dedication and sacrifice of people across Citigroup, we have emerged from the financial crisis as a strong institution. Citigroup is well-positioned for continued profitability and growth, having refocused the franchise on the basics of banking. Given the progress we have made in the last few years, I have concluded that now is the right time for someone else to take the helm at Citigroup. I could not be leaving the Company in better hands. Mike is the right person to tackle the difficult challenges ahead, with a 29-year record of achievement and leadership at this Company. I will truly miss the wonderful people throughout this organization. But I know that together with Mike they will continue to build on the progress we have made,” said Pandit.

The Chairman the Board of Directors, Michael E. O’Neill, specified the overall respect for Pandit’s decision, stating that his appointment as CEO helped Citigroup through is restructure and recapitalization of the company resulting in a strengthened global franchise and a re-focused business.  “The Board and I are grateful to Vikram for his leadership, integrity and resilience in guiding Citi through the crisis and positioning it well for the future. We wish him all the best with the next stage in his career,” said O’Neill.

Corbat was selected due to his demonstrated leadership qualities as well as his plans to sharpen Citigroup’s focus upon creating a strong and sustained operation performance. “From his nearly three decades at the Company he brings deep and varied operating experience across a broad spectrum of the financial services industry. He has managed numerous institutional businesses, including sales and trading, capital markets, corporate and commercial banking, and such consumer businesses as wealth management, mortgages and credit cards. During the financial crisis, he successfully led the divestiture of more than 40 businesses, helping to strengthen the Company’s balance sheet substantially. In this role, he also restructured and rebuilt a number of the Company’s consumer-facing businesses, including the mortgage and credit card businesses,” said O’Neill.

Corbat believes he will be able to build off of the progress Citigroup has made in recent years, leading the company forward toward a strong future with sustained profitability and shareholder returns.

“The fundamentals we have in place today are solid, and we are on the right path. In this dynamic market environment, however, we must efficiently allocate our resources and offer the products with the highest potential in the most productive markets. Citi’s businesses, footprint and talent are unmatched, and we will be relentless in our drive toward operating excellence and risk management. I look forward to working with our talented management team and dedicated employees to chart that future course.”