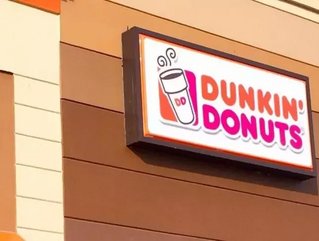 Dunkin’ Brands, the parent company of Dunkin’ Donuts and Baskin-Robbins, has named David Hoffman as the new CEO of the company, replacing Nigel Travis who previously revealed that he would be retiring from the role after more than nine years of service.

The new appointment comes internally, with Hoffman having acted as the President of the company since October 2016. Within the transition, Hoffman will retain his title of President and the new role of CEO, whilst also being appointed to the Board of Directors at Dunkin’ Brands.

“When we recruited Dave to Dunkin’ Brands 18 months ago with the intent that he would succeed me as CEO, we knew that we were getting a world-class leader with extensive restaurant industry expertise, and he has exceeded all of our expectations,” said Travis.

“From his development and implementation of the Dunkin’ Donuts US Blueprint for Growth, to the relationships he has forged with our franchisees and the talent management skills he has exhibited, Dave has demonstrated he is exactly the person to lead the next phase of our global growth.”

Previous to his time at Dunkin’ Brands, Hoffman spent 22 years at McDonalds, whilst more recently having spearheaded the donut company’s new concept store.

“I want to thank the Dunkin' Brands Board of Directors for the opportunity to lead this incredible company. I also want to offer my heartfelt appreciation to Nigel for his decade-long leadership of Dunkin' Brands as well as for the support he has shown me since I joined the Company,” Hoffmann said.