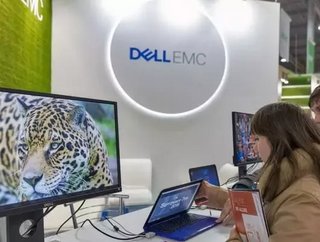 On September 7 2016, history was made when Dell and EMC merged in what has been named the biggest ever acquisition in the technology sector. Dell declared its intention to make the purchase in October 2015, paying a huge $67 billion in cash and stock, or $24.05 per EMC share.

The two companies had worked together since 2001 when a strategic partnership was formed for Dell to sell EMC storage products, a relationship which later expanded to the combination of complementary technologies. This is a merger which has been 15 years in the making, and while naysayers and competitors were sure that business for both Dell and EMC would suffer during the almost year-long deal negotiations – even falsely communicating into the market that production for both companies had ground to a halt – they were proven wrong.

“Obviously when you’re combining two organizations of this size and scale, there’s a risk as you come together that you’ll lose focus,” says Rob Lamb, Cloud Business Director at Dell EMC. “So from the time that the deal was announce, through to it formally closing on September 7, and once the integration is complete on February 1 2017, we’ve maintained a mantra of ‘customer first’, ensuring we don’t do anything that’s going to disrupt our interactions and engagement with them. If we get distracted, our customers suffer.”

According to Lamb, despite the inherent disorder involved in merging two businesses, getting in front of the product road maps remained the priority. Most importantly, Dell EMC ensured that engineering teams continued to push the research and development agenda, spending around $13 billion on R&D.

“The intention is to continue that level of spend,” says Lamb, “but that takes planning and effort to ensure we’re not confusing the customer or the large sales force. It’s hard work, but if you look to the day the deal closed on September 7, we also overtook HPE as the largest provider of servers worldwide. People were thinking we’d get distracted by the deal, when actually we took market leadership in one of our core products. That gives you a feel for how maniacally focused we are on making sure we’re not disrupting the flow of business.

“You’ve only got to look at the Gartner Magic Quadrant and our market shares to realize whilst we’re working on a number of parallel streams, we’re making sure they’re all delivering to one aim.”

Lamb is on his third career path with IT, having previously tried out life as a military police officer and a farm manager. Prior to Dell EMC he was on the client side of IT for 13 years, and now he brings that experience with him as a former EMC legacy member.

“There’s a reason my hair is this color,” Lamb wryly states. “Unless you’ve been around the block a bit there are a lot of mistakes you can make, particularly as we move into digital transformation and the era of cloud computing where we are now.”

One of the reasons Lamb and his team at Dell EMC have handled all of the changes so well is the company-wide ethic of positivity and employee care both companies are known for. Each carries this culture, and EMC has been a participant for many years of the Great Place to Work scheme. Dell, too, has long had a family-centric culture and began expanding its Connected Workplace program to encourage flexible working. Both have combined to create the best possible environment for staff.

“In 2016 Dell completed a study of employees, speaking to over 1,000 in the US, finding out how many remote work days they were taking per month as well as commute distances,” Lamb explains. “We looked at the data to see what improvements we could make, and by encouraging remote working we estimate that we’ve saved over $12 million in fuel costs and avoided around 136 million miles of travel per year. We don’t force people into an office if they don’t need to be there.

“People assume that a large company like this will be an aggressive place to work, but I’ve been here for six years and there’s such a positive atmosphere at Dell EMC, hence the culture of it being a great place to work.”

You may be forgiven for thinking that a business of this size – before or after the merger – would be resistant to moving with the times. On the contrary, one of the largest global concerns of the past decade – sustainability – is high on Dell EMC’s priority list. Both companies have historically held a key role in moving towards a low-carbon economy, and Michael S. Dell (Dell CEO) in particular has always been instrumental in driving sustainable business practices.

“These products don’t have a finite life cycle in terms of how our customers buy them and depreciate them,” Lamb explains. “They can have a long-term impact if you’re not looking to recycle them at the end of their lives, which means producing them as effectively and efficiently as possible.

“Looking back at when Michael started producing PCs, when Dell was purely a PC company, he always set out to ensure that the computers were easily recycled; that philosophy has been driven through both sides of the business as we came together. That’s how you retain a high green ranking like ours. Heritage Dell reduced the energy intensity that it takes to create the product portfolio by 43 percent since 2011. Heritage EMC, at its Centre of Excellence in Ireland, achieved 100 percent renewable energy in 2015. Dell EMC aims to source 50 percent of its electricity from renewable sources by 2020. These are really impactful statistics.”

It’s not just the manufacturing process which helped Dell EMC achieve its impressive green ranking, but making small changes to its data centers has made an incredible difference too. Small elements such as switching from fluorescent light tubes to LEDs, upgrading air conditioning and building management systems, and improving the plant machinery itself to ensure it’s as efficient as possible have all positively impacted the company’s energy consumption.

“One our newest examples is a data center in North Carolina, which was commissioned in 2012, and has flywheels rather than batteries,” says Lamb. “They sit under the floor spinning away and building up energy, meaning that in the event that the power fails, batteries aren’t required. From a sustainability perspective, batteries are pretty harmful to dispose of, but the flywheels provide short-term power before standby generators kick in.”

And this kind of power reliability is important for Dell EMC’s customers, for whom information loss is a major concern when choosing a data center provider. In Lamb’s words, “2015 and 2016 have been the years of the data breach,” with some high-profile companies suffering the consequences. However, the cause of the vast majority of such issues has been human error within private cloud environments, meaning pockets of vulnerability are left open for hackers.

“All of our partners hold a significant number of recognized compliance and security standards,” Lamb affirms. “You’ve got to have and maintain that level of security to reassure customers, particularly when dealing with regulated industries. You can’t afford for people to lose faith. We’ve learnt from our time in the industry that you actually need to be moving away from the traditional model of hoping standard protections are going to keep the bad guys out, because they won’t.”

Differentiating itself from competitors is one of Dell EMC’s biggest successes, and rejection of the traditional is part of that. Focusing on R&D, energy efficiency, and maintaining a positive working environment remain key to the company’s triumph, and merger or not, Dell EMC has not lost focus on the most important elements of its business.

“Combining the expertise of heritage Dell and heritage EMC means we have a significant influence on social and environmental responsibility across the IT sector,” Lamb concludes. “From our perspective, it’s an exciting time.”