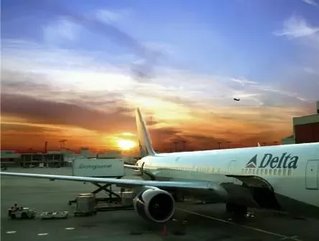 Delta Air Lines has decided to cut costs by getting closer to the source and buying its own oil refinery. The company has announced that it will shell out $150 million for a refinery being sold by a division of ConocoPhillips near Philadelphia.

As a bonus, the state of Pennsylvania is contributing an expected $30 million in job-creation assistance as part of a grant, as long as Delta’s subsidiary, Monroe Energy, invests at least $350 million in the site and maintains at least 402 full-time workers for at least five years.

According to a Delta spokesman, this is the first purchase of this kind by a major US airline.

“Acquiring the Trainer refinery is an innovative approach to managing our largest expense,” said Delta CEO Richard Anderson in a statement. “This modest investment, the equivalent of the list price of a new widebody aircraft, will allow Delta to reduce its fuel expense by $300 million annually and ensure jet fuel availability in the Northeast.”

The Best Airports for Business Travelers

It’s an inventive move that might be crazy enough to work, but some analysts say that it’s a risky gamble. Fuel refining is an expensive, unstable venture and the particular refinery Delta’s purchasing was on the verge of shutdown if ConocoPhillips couldn’t find a buyer.

“It’s clearly a very innovative approach, but I think it will be a number of years before we know whether it actually works out,” said airline consultant Robert Mann.

But as the cost of gas has hit us all, it has been especially staggering for airlines, as fuel is the industry’s largest expense. Last year, Delta’s planes consumed 3.9 billion gallons of fuel, soaking up 36 percent of its operating expenses with a price tag of $11.8 billion.

“I actually think this is a lot less risky than buying 50 new airplanes and spending $2.5 million in new capital,” Anderson said.