eBay.ca Announces Entrepreneur of the Year 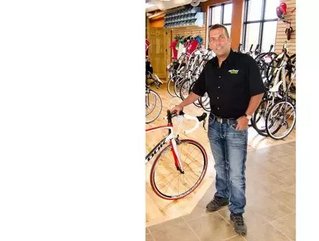 eBay Canada announced today that Jean-Francois Lapointe is the recipient of the company’s coveted Entrepreneur of the Year Award.

An annual award that honours Canadian entrepreneurs that see success through online business and contribute to eCommerce in Canada, Lapointe was awarded by eBay Canada due to his successful sales of more than $1 million bicycle parts annually through his online store BDH Bikes. Lapointe purchased the shop from his father in 2006 and brought the business online. Since then he has generated sales $6 million and the business employs five eCommerce personnel.

eBay Canada’s annual Entrepreneur of the Year Award is given out annually to recognize Canadian excellence in eCommerce. In an effort to further that recognition, eBay Canada has announced two new awards for 2012: the Fashion-preneur and International-preneur of the Year.

Winning this year’s Fashion-preneur of the Year award is Tina Kastana of Ste-Rose, Quebec. Kastana was chosen out of thousands of eBay Canada fashion sellers for this inaugural award due to the way she caters to her customers whether they prefer high –end or vintage fashions. Her incorporation of incentives such as free shipping worldwide and customer loyalty coupons also set her apart.

Recognised as eBay’s first International-preneur of the Year is Bernd Eisele of Williams Lake, British Columbia. Eisele’s model airplane engine business is successful due to his own experience in the field, growing up building and flying model airplanes powered by Cox engines.  Through eBay, Eisele’s business saw success, attracting model airplane enthusiasts worldwide and annually sells more than $200,000 Cox engine products and parts a year.

“Entrepreneurs are the engines of Canada’s economy,” said Andrea Stairs, country manager of eBay Canada. “Each year, the Entrepreneur of the Year Awards uncover stories of Canadian sellers who have harnessed the power of the Internet to capitalize on business opportunities, both in Canada and around the world. This year’s winners have built successful online businesses by understanding their market, and satisfying their customers’ needs time and again.”

Recognition is not all eBay Canada award-winners receive. Winners will have their eBay business promoted to more than 2 million online buyers and each receives a cash prize--$3,000 for Entrepreneur of the Year and $2,000 each for Fashion-preneur and International-preneur.