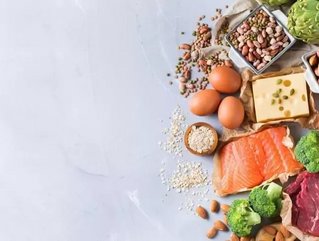 Empire Company announced today that it has reached an agreement with Berkshire Partners to acquire Farm Boy for CA$800mn
The firm, established in 1981, has built a loyal customer base through dedication to a wide assortment of locally-sourced meat and fresh produce, as well as high quality ready-to-eat food made in-store each day.
Farm Boy currently has 26 locations in Ontario, with another set to open in Oakville during Q4 2018.
The company’s co-CEOs, Jean-Louis Bellemare and Jeff York, will retain their positions.
Empire said in its press release that Bellemare and York’s leadership, alongside Empire’s input, will help to “turbo-charge” the brand’s growth and “ramp up expansion plans and continue to cultivate Farm Boy’s unique and compelling brand”.
Farm Boy will enable Empire to broaden its reach in Ontario where it says it is under-penetrated.
See more:
Michael Medline, president and CEO of Empire, said of the acquisition:
“It strengthens our reach in the key Ontario and GTA markets, it will be a growth vehicle in urban and suburban markets, and its very strong private label program will bolster our Ocado-driven e-commerce business”.
York said the deal represents an excellent opportunity for Farm Boy, and that the “iconic brand” of Empire will accelerate plans to expand into other parts of Canada.
Commenting on Farm Boy’s decision to work with Empire, Bellemare said:
“We had many choices, but our trust and confidence in Empire and its dedication to our brand and its growth made this the perfect partnership”.
AcquisitionOcadogroceryEmpire Company
Share
Share