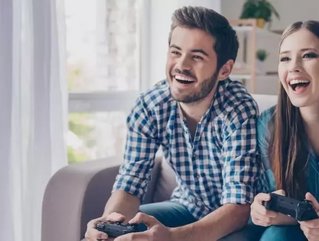 American video game company Epic Games, developer of Fortnite and the Unreal Engine, has announced that is raised US$1.25bn in its latest funding round
According to the Wall Street Journal, its sources said on 26 October that the latest cash injection places Epic’s value at almost US$15bn.
The funding round was comprised of investments from KKR, ICONIQ Capital, aXiomatic, Smash Ventures, Kleiner Perkins, Vulcan Capital, and Lightspeed Venture Partners.
Founder and CEO Tim Sweeney, who will retain control of the firm, said:
“We’re excited to partner with the finest minds in the financial, sports, and entertainment communities.
“This reinforces Epic’s position of leadership in real-time 3D technology, and accelerates our ability to improve the way people play, work, and interact with the world.”
Fortnite is currently one of the most popular video games in the world, reaching 80mn players in August. While the game’s Battle Royale mode, its main draw, is free to download and play, the game generates vast revenues through optional, cosmetic in-game purchases.
See more:
Its success with microtransactions saw the game make $318mn in revenue in May this year, according to Business Insider, the highest revenue over a month that any free-to-play game has ever produced.
Ted Oberwager, representing KKR in Epic’s press release, added:
“Epic Games has fundamentally changed the model for interactive entertainment under the company’s visionary leadership.
“Alongside a special group of investors, we are thrilled to support Epic’s dedicated employees and the passionate community of players and developers that lies at the heart of everything that Epic Games does.”
Epic’s existing investors include Tencent, the largest video game company in the world, Disney, and Endeavour.
According to venture capital firm PitchBook, the $1.25bn investment is the largest ever made in a video games company.
disneyKKRTencentFortnite
Share
Share