The evolution of Amazon 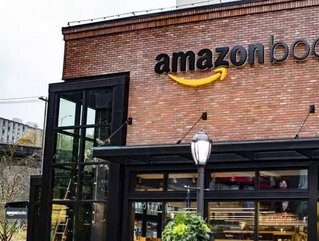 Amazon’s offerings for Prime members just get better and better.

As well as fast shipping, streaming of exclusive television shows, and access to the Kindle lending library, customers are now able to use Audible for free, which allows them to enjoy around 50 audiobooks from the catalogue.

After a shaky start, Amazon Prime has found its feet, now boasting around 63 million subscribers. The company has come a long way from its humble beginnings in founder Jeff Bezos’s garage – here is a timeline of some of Amazon’s greatest achievements.

1994 – Amazon was founded. Bezos decided to leave his well-paid job to start a business in e-commerce, after researching the rise of the internet. He started by exclusively selling books.

1998 – Amazon acquired IMDB.com, one of the most respected movie information sites which has thousands of visitors per day. The same year, Amazon announces it will begin to sell more than books.

2004 – Amazon acquired Joyo for $75 million, which later became Amazon China, and allowed Amazon to stiffen its competition against Alibaba.

2007 – Amazon begins allowing authors to distribute self-published books through its site, via CreateSpace’s Books on Demand service. It also launches AmazonFresh, Amazon Music, and Amazon Kindle in this same year.

2011 – Amazon acquired LoveFilm, and folded it into its Amazon Instant Video service, adding access to thousands more films and television shows for Prime members. In this same year, the company announced that the Kindle Fire – a direct rival to the iPad – would retail at $199. The cheapest iPad cost $499.

2014 – Amazon Echo was launched – a wireless speaker and voice command device to make placing orders easier. The voice service, named Alexa, can be added to other Amazon devices.

2015 – In an unusual move for an e-commerce business, Amazon opened its first physical store in Seattle. It now plans to open at least 100 more. The Amazon Tower I, nicknamed Doppler, was built in the Denny Triangle neighbourhood as the company’s new HQ. The complex will eventually be three towers, due to be finished by 2020.