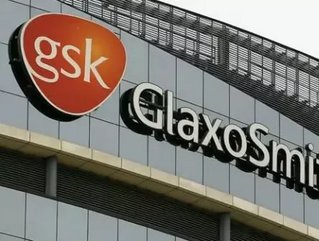 In what government officials have called the largest case of healthcare fraud in US history; pharmaceutical giant GlaxoSmithKline will plead guilty to misdemeanor criminal charges and pay a $3 billion settlement.

The Justice Department announced this week that the company will plead guilty to three criminal counts, including two counts of introducing misbranded antidepressant drugs (Paxil and Wellbutrin) and one count of failing to report safety data about the diabetes drug Avandia to the Food and Drug Administration.

Those criminal complaints total $1 billion, but GlaxoSmithKline will also pay $2 billion to resolve civil liabilities to Paxil, Wellbutrin, Avandia and other drugs and also to resolve allegations of pricing fraud.

Deputy Attorney General James M. Cole said that GSK’s agreement to settle its charges and the accompanying $3 billion fine are “unprecedented in both size and scope” and said the action should be “a clear warning to any company that chooses to break the law.”

GSK has agreed to be monitored by government officials for compliance for the next five years.

According to prosecutors, from April 1998 to August 2003, GSK promoted Paxil for treating depression in children even though the FDA never approved it for anyone under 18. And although Wellbutrin was only approved for treatment of major depressive disorder, GSK promoted it from January 1999 to December 2003 for weight loss, sexual dysfunction treatment, substance addictions and attention deficit hyperactivity disorder.

GlaxoSmithKline has said that it has learned “from the mistakes that were made.”

“Today brings to resolution difficult, long-standing matters for GSK,” said CEO Sir Andrew Witty in a statement. “Whilst these originate in a different era for the company, they cannot and will not be ignored. On behalf of GSK, I want to express our regret.”

Witty also noted that GSK’s US unit has “fundamentally changed procedures for compliance, marketing and selling. When necessary, we have removed employees who have engaged in misconduct.”

Previously, GSK agreed to pay almost $41 million to 37 states and the District of Columbia in a separate case about poor manufacturing processes at a factory in Puerto Rico last year and paid $2.4 billion to settle claims from Avandia patients in 2010.