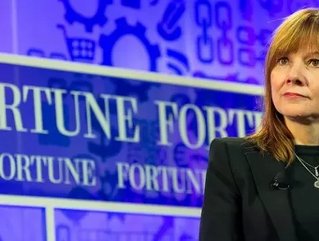 General Motors Co Chief Executive Mary Barra said on Thursday that she was unaware of defective GM cars linked to 12 deaths until January 31, just two weeks after she took over as CEO and nearly 13 years after GM engineers first documented problems.

Last month, the automaker recalled more than 1.6 million cars from 2003 to 2007 to replace faulty ignition switches that could cause the engine to shut down and turn off the airbags. According to Reuters, the first death linked to the defect occurred in Maryland in July 2005.

“I am very sorry for the loss of life that has occurred,” Barra said at a roundtable meeting with reporters on Tuesday.

During that same meeting, GM also named a 40-year company veteran to the new position of vehicle safety chief, responsible for product safety issues, including recalls. Jeff Boyer will work directly with Barra to improve the company’s recall and safety process.

According to Barra, Boyer will have “complete authority” to make changes in the safety and recall process.

Speaking about the recall process and lengthy internal engineering probe of the defective switches, which GM learned about in 2001, Barra said, “Clearly, this took too long.”

Barra also said she learned in late December, when she was still head of GM's global product development organization, that there was a review of the Chevrolet Cobalt, one of the cars subsequently involved in the recall. She added she was not told the details of the review at that time. Barra said after she learned of the problem, GM's board was immediately informed.

Barra said she is prepared to testify about the recall at US congressional hearings in Washington. She also emphasized that there are “no sacred cows” in the company's internal investigation.

Barra did however decline to address questions related to the crash victims and their families after some safety advocates urged he company to establish a $1 billion trust fund to take care of those effected. Barra also said GM has not contacted families of the 12 victims, preferring to wait until the company's internal probe is completed in “probably a few months.” But she promised the company would take action once details of the probe emerged.

“Until the investigation is done, I won't know who knew what when,” Barra said, adding that no executive had been disciplined or fired related to the defective ignition switches.

Barra concluded saying her goals are twofold: “To repair every single one of these vehicles, and to make sure this problem never happens again.” She said GM intends to fix every car even those resold several times.

The first replacement switches will be available for customers on April 7, and GM plans to have enough parts for every recalled car by "the October time frame," Barra said.

MORE ABOUT THIS STORY: