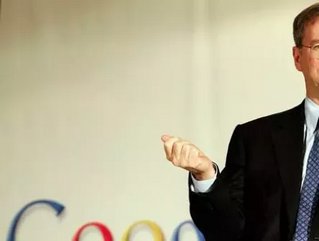 Google chairman Eric Schmidt will be in the spotlight Wednesday afternoon – and not for a very pleasant reason. While Google has seen record sales and earnings this year thus far, acquired a laundry list of booming businesses and are continuing to expand its workforce, Schmidt will speak to a Senate panel to state that the massive enterprise is fighting to stay afloat and defending its products despite the company’s unparalleled growth.

According to CNN, Schmidt plans to tell the Senate antitrust subcommittee that Google “plays by the rules, continually improving its customer experience so that its enormous base of users doesn’t leave for the rivals that are just ‘one click away.’” Google has definitely monopolized the U.S. search engine market, commanding two-thirds of users, according to traffic tracker comScore. However, the site has been under fire frequently throughout the years as it’s been viewed as abusing its dominant position in the marketplace, and not to mention its Google privacy issues.

"We face an extremely competitive landscape in which consumers have a multitude of options to access information," Schmidt plans to say, according to a written copy of his prepared testimony. "If we want consumers to keep coming back to Google, we have to give them the best possible experience."

Throughout the years, Bing, Amazon, Facebook and other sites have stepped up to the plate when it comes to allowing for search of news, people and products and Schmidt has noticed the emergence of competitors. In fact, the Federal Trade Commission launched an investigation of Google this June to see if any antitrust violations or product favoring were occurring. With so many Google products like Gmail, Google Maps, Google+ and so much more, it’s no wonder that Google prefers its own sister sites and algorithms before competitors in search engines.