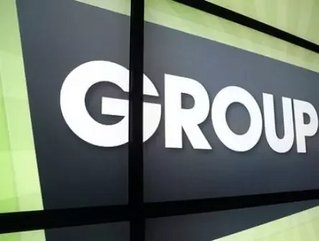 “After four-and-a-half intense and wonderful years as CEO of Groupon, I've decided that I'd like to spend more time with my family. Just kidding – I was fired today,” said Andrew Mason, former Chief Executive Officer of Groupon, in an email to staff yesterday.

"On behalf of the entire Groupon Board, I want to thank Andrew for his leadership, his creativity and his deep loyalty to Groupon. As a founder, Andrew helped invent the daily deals space, leading Groupon to become one of the fastest growing companies in history," said Lefkofsky.

Weak fourth quarter earnings were reported on Wednesday and at least one analyst, Jordan Rohan speaking to the New York Times, called the move “long overdue. Few would argue with how impressive the Groupon organization was as it grew. However, at some point it became the overgrown toddler of the Internet – operationally clumsy, not quite ready to make adult decisions.”

Groupon is widely recognized as the first successful daily deals site after a string of similar failed Silicon Valley start-ups. Valued at $16.5 billion at the end of 2011, the company’s market value has dropped to an estimated $2.97 billion.

Mason had already managed to avoid a potential dismissal from the company in November and the board is currently hunting for a new Chief Executive.

On a parting note, Mason offered this advice to his former coworkers:

“If there's one piece of wisdom that this simple pilgrim would like to impart upon you: have the courage to start with the customer. My biggest regrets are the moments that I let a lack of data override my intuition on what's best for our customers. This leadership change gives you some breathing room to break bad habits and deliver sustainable customer happiness - don't waste the opportunity!”