The impact of interruption

By Fred Krieger, Founder and CEO, Scoro
May 19, 2020
undefined mins 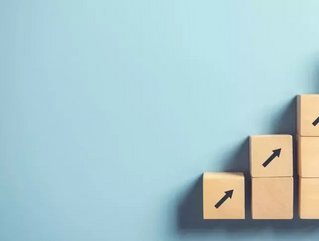 In the 1920s, research found that uncompleted tasks remain prominently in the mind because we remain tense until a job is done.

More recently, analysis of behaviour in high-tech offices has shown workers spend just 11-minutes on any one task before being pulled into something else, typically taking 25 minutes to get back to what they were doing.

It is little wonder that less than half of U.S. employees are satisfied with their jobs.

While interruption isn’t a modern phenomenon, it has certainly become a major issue in the 21st-century workplace, and it’s one that’s having a serious effect on both job satisfaction and, most crucially for businesses, productivity.

If companies want to nip the negative influence of interruption in the bud, it’s time they took a closer look at its impact and started addressing the key causes.

Technological progress was meant to help us work better and faster, but the dream of enhanced machine-driven efficiency hasn’t quite panned out.

Take, for example, instant messaging. After a review of workplace communications eight years ago, McKinsey estimated smart software could boost business productivity by up to 25%, cutting time spent sorting emails and searching for internal information.

The reality, however, has been very different. Instead of saving time, employees are sending 200 messages weekly – via services such as Slack – and are interrupted by an endless stream of notifications. Some ‘power users’ are firing out 1,000 messages per day.

But that’s also the key point. While tech has its benefits, the variety and number of different communication methods used are introducing multiple distractions into the working environment and, for individuals, this means constant multitasking and firefighting, preventing the important ability to work proactively rather than reactively.

For the majority, it’s difficult enough to concentrate on tasks, let alone finalise them; analysis reveals the mental blocks created by shifting between activities can cost employees as much as 40% of their productive time.

Becoming a master of time

From an operational perspective, the disruption created by always-on communication tools adds up to not just mass distraction, but also destruction.

When employees can hardly begin one project before being derailed by another task or query, business performance inevitably dips, unable to maintain the consistent speed, quality, and value today’s customers expect.

That’s not to mention the effect of chaotic working on mental health. In fact, addressing mental wellbeing at work can increase productivity by as much as 12%.

It’s obvious that a change is needed, and the most effective action companies can take is adjusting their perception of time — viewing it as a precious asset that’s equally as valuable as having money in the bank and adopting similar measures to spend it wisely. There is a simple two-step process that can be used to achieve this:

Implementing time management practices isn’t about putting pressure on employees to speed up, it’s about measuring where time goes and identifying how it could be harnessed more effectively.

For example, an assessment might reveal that a worker is being interrupted by emails or messaging pop-ups that stop them working on an important project.

Using this data, senior management can then build processes to ease the pressure and increase focus, such as enabling individuals to allocate set hours for fielding questions and specific ‘do not disturb’ periods for key projects.

Taking the wider view, this approach can also be scaled up to the entire company. With systems that unite time tracking insight from every individual and corner of the organisation, businesses can gain a complete picture of overall activity and time use.

This enables them to better spot issues and opportunities for improvement: slimming down unnecessary meetings, tweaking complicated procedures, and identifying where collaboration could propel creative projects.

The power of a checklist should never be understated. According to research by Harvard Business School, one of the greatest motivators for knowledge workers is not deadlines or fear of reprisals, but a sense of progress.

When a day includes tangible steps forward, 76% of employees class it as a ‘good mood’ day: one where they are fulfilled and driven. As a result, planning based on granular time records has serious potential to increase productivity and satisfaction.

By encouraging employees to build — and stick to — a structured time management plan, companies can help them prioritise and avoid distraction pitfalls.

With a clear idea of their core goals, individuals will be able to determine what’s truly important, not just urgent. Plus, the added bonus of this checklist-centric method is that it also fuels cumulative happiness: with every tick, individuals get a feeling of achievement that inspires them to keep aiming for more.

It’s easy to mistake high activity for productivity, but there’s a difference between looking busy and getting work done.

Businesses that see buzzing phones and Slack channels as signs of energetic progress need to move beyond the noise and take a deeper look. Because when they do, they’ll likely find that interruption is impacting employees from multiple directions and seriously slowing down performance.

Rather than assuming that time is flowing where it should, the modern company needs to know precisely how long every task and distraction takes.

Only then can procedures be adjusted to shield employees from distraction, give them the freedom to thrive and put an end to communication time thieves.