Is It Safe To Bend Over In Lululemon? 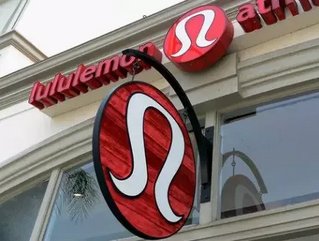 A few months ago we reported on the recall surrounding Lululemon’s Luon yoga pants. Yogi and housewives everywhere were outraged when they bent over only for the poor quality of the fabric to reveal their undergarments.

Lululemon has always been known for its quality, upscale work out gear, but lately the quality of LULU products has taken a nose dive as sources claim it’s still not safe to bend over while wearing the Company’s nearly famous yoga pants.

Liz Dunn of Macquarie Capital in New York says there are still problems with “sheerness,” the issue that led to a recall and restocking of shelves.

“Women continue to note that underwear are visible through the pants when they bend over,” says Dunn.

“The company notes on its website that customers should do a downward facing dog in a mirror to test the product,” she adds, “They also recommend checking to make sure your size is appropriate and sizing up in some cases. We visited a store and were specifically told that the running product was not meant for bending. This was echoed in the comments of many product reviews.”

There are differences among the company’s products, of course.

“The company has told customers that certain products (like those made for running) are not made for bending and if you bend, they may be sheer,” Dunn goes on to explain, “Other products (like those made for yoga) are not made for sweating and if you sweat heavily, they may not wick as expected. If the average Lulu customer is like most women I know, they grab a pair of pants/crops and go.”

Lululemon claims that testing for quality “has never been better than it is now,” and most of the feedback it has received related to the recall has been positive.

“We’re seeing a few negative comments online which may be because guests don’t have the benefit of doing an in-store fit session with one of our educators to make sure the fit is right for them.”

The company has begun to address the issue that led to the recall, which includes new testing procedures and positioning its own employees in the factories that make the pants.

Dunn says she has scoured 597 customer reviews since the issue was said to be resolved, and that “while we are still fans of the brand and think there is very little in the marketplace that is comparable from a styling perspective, we are concerned by what we see as ongoing quality issues.”

Dunn fears constant problems could “erode” the resilient Lululemon brand, and thinks the company must move rapidly to  come up with a resolution before loyal fans go elsewhere.

She adds. “One of the company's mottos is ‘Sweat Everyday’ and we believe consumers expect to be able to both bend and sweat in LULU's premium-priced athletic product.”