Meet the company: WeWork - from boom to bailout to rebirth 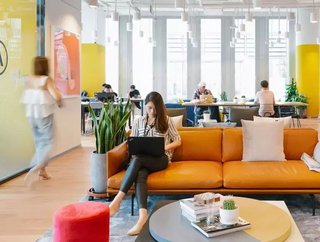 As co-working giant WeWork goes public via a SPAC merger, the once-beleaguered unicorn looks to be rising from the ashes of its controversial past

Office-leasing company WeWork has gone public via a SPAC merger with shares in the startup surging more than 13%.

This follows what has been a challenging couple of years for WeWork, with both the company’s charismatic yet controversial founder and the COVID-19 pandemic negatively impacting the startup’s success.

While the pandemic brought the startup’s business model, which is centred around renting space to businesses, almost to a halt, it was concern by investors over both WeWork’s business model and the founder and then-CEO Adam Neumann that put pay to its initial plans for an IPO in 2019.

In fact, so controversial had Neumann become, not just for the handling of company finances, but for his eccentric lifestyle and rampant spending – and so dramatic the ups and downs of the company, from a US$47bn-valued Unicorn to a failed IPO and bailout within a year – that the story of WeWork was made first into a podcast and more recently into a documentary.

Not surprising therefore that many industry insiders predicted the demise of WeWork.

The status of the company couldn’t be further from this, however. Now majority-owned by VC tech giant SoftBank Group and having just gone public via a SPAC merger, WeWork is rising like a phoenix from the ashes of the pandemic, a failed IPO, controversial founder, and investor bailout and is ‘working’ once more.

How did WeWork start out?

The brainchild of friends and entrepreneurs Adam Neumann and Miguel McKelvey, WeWork began as Green Desk in 2008, a company offering sustainable co-working spaces where members could rent a desk or private office.

The venture was a success, and recognising this was down to the focus on community, not sustainability, two years later the pair sold their stake in Green Desk and launched WeWork.

The aim? To bring what they perceived to be fuddy-duddy real estate into the 21st century, to create a communal living ecosystem incorporating co-working space along with apartments, gyms, cafes, and other facilities.

And so, they took the co-working office concept, gave it a cool and contemporary makeover, and ran with it.

The first WeWork space opened in a 3,000 sqft tenement-style building in the SoHo neighbourhood of New York City in 2010, before rolling out four more locations in the next two years. They secured US$17m investment from top VC firm Benchmark, and by 2014 had 1.5m sqft of space and 10,000 members.

More funding flowed in and WeWork space grew. The company opened its first international office in London in 2014 and expanded into residential real estate in 2016 launching WeLive (think small apartments with shared facilities and a community feel) before taking a further bet on its concept, in 2017, with WeGrow, a “conscious entrepreneurial school” for kids aged 2-11 years.

The same year, Japanese tech giant SoftBank made its first multi-billion-dollar investment in WeWork. It would subsequently invest a total of US$18.5bn in the startup, valuing WeWork at US$47bn in 2019.

Following the 2017 cash injection, WeWork bought Lord & Taylor’s flagship store building in New York City for US$850m, opened its first gym (Rise by We), and rebranded as The We Company. Neumann also took his then 8,000-strong workforce  – the ‘WeWorkers – to London, UK, for an employee Summer Camp where Lorde performed and New Age guru Deepak Chopra led a meditation.

Where did it all go wrong?

The problems within the company came to light in the summer of 2019, when the startup’s IPO filing revealed it had lost US$1.9bn in 2018 – on revenue of US$1.6bn – and had been losing money for the best part of three years.

Rumours began circulating about the competency of then-CEO Neumann, not just in his ability to run the company, but also as to whether he was doing anything illegal, and WeWork faced investigation of its finances and leadership from investors and the media.

This all led to Neumann stepping down as CEO in September 2019, departing with a deal that made him a billionaire.

But the problems didn’t stop there, with further revelations about company activities under Neumann’s reign – including reports of self-dealing (when someone acts in their own best interest rather than their clients) – alongside intense scrutiny from the US Securities and Exchange Commission over WeWork’s disclosures to investors in the lead-up to its failed IPO.

Having already committed significant investment in WeWork, SoftBank stepped in, buying an 80% stake in the company for US$10bn, and bringing a new chairman from SoftBank, Marcelo Claure, to the WeWork board.

And just when things looked like they couldn’t get any worse for WeWork, the pandemic hit, sending all businesses into remote working mode and significantly impacting the startup’s business model. This led to many layoffs, closure of WeGrow, and even further financial loss.

However, the tables are turning. As pandemic recovery continues, with demand from businesses high for flexible workspaces to cater to an increasingly hybrid workforce, like a phoenix from the ashes, WeWork is rising.

Today, in November 2021, the company counts:

Having first announced plans for a merger with BoxX Acquisition Corp. in March 2021, WeWork has since finalised the US$9bn SPAC merger with shares closing up 13.49% on October 21, 2021. SoftBank retains a majority stake in the company.

Following the SPAC merger, WeWork executive chairman Marcelo Claure told CNBC that WeWork is “stronger than ever” and that they would no doubt be “celebrating many more milestones”.

And why not? WeWork has a cool product. And while Neumann may not have had a handle on the finances, he certainly shaped the look of modern workplaces and created a product that looks set to fly in a post-pandemic working world.

“As the way we live and work has fundamentally changed, WeWork is leading one of the biggest disruptions in commercial real estate with a workspace solution that has never been more in demand,” concludes Claure.