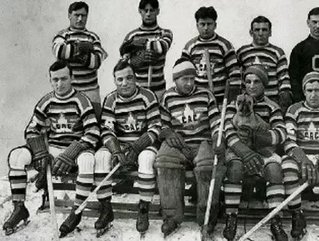 The Montreal Canadiens hockey franchise is one of the largest and most successful in the world. Run by the Molson family, it’s no surprise that the franchise is doing well. But what is it that the Molson family implements in their business ventures that ensures success? This month, Business Review Canada takes a look at the Canadiens franchise, its operations and the famous family that runs them.

The successful business entrepreneurship of Canada’s Molson family is nationally known. Featured in Business Review Canada’s October issue, the Molson family’s attention to detail in business, even in how employees are treated at Molson Coors, goes far above and beyond. The Molson family treats the Montreal Canadiens in the same way.

Acquiring 80 per cent of the Canadiens franchise in 2009, the family has been affiliated with the team since 1957. During that time the team was operated by brothers Thomas and Hartland Molson, leading the club to win 11 of its Stanley Cup championships. The Molsons, also at that time, purchased the team’s arena, the Bell Centre.

"This is a very exciting time for our family and we are grateful to the many people and organizations who came forward to offer their collaboration in the development of our proposal," said Mr. Molson at the time of the team’s purchase.

Geoff Molson, Owner, President and CEO of the Montreal Canadiens, has been a Habs fan since he was a kid, back when Molson Brewery originally owned the team. Although the Canadiens have seen slower seasons in the last few years, it is clear the Molsons plan to continue  promoting team success in the future.

Representing Quebec, the Montreal Canadiens are the only team in the province and have been the only team since 1995 after the departure of their rivals, the Quebec Nordiques. This is potentially another plus that has led their franchise to such great heights.

The Montreal Canadiens franchise is valued at $445 million, the third highest valued franchise in the NHL. Its storied past is one of the many reasons the franchise continues to thrive, no matter the team’s record.

The Canadiens, or Habs as its fans have nicknamed it, was founded in 1909 and is the only NHL team to pre-date the formation of NHL. One of the Original Six teams of the NHL, the team has a phenomenal Stanley Cup record holding the most of any franchise—a total of 24—which equals 25 per cent of all Stanley Cup championships.

A big part of the Habs franchise is its fans and their loyalty. The Quebequois have a total of eight French nicknames including: Les Canadiens, Le Bleu-Blanc-Rouge, La Sainte-Flanelle, Le Tricolore, Les Glorieux, Les Habitants, Le CH and Le Grand Club proving the team’s fans have outstanding passion. Playing in a sold out Bell Centre since 2004, it is clear the team sees great revenues and profits.

In 2009, the film Pour toujours, les Canadiens! was released, a film that celebrated all that the team stands for in deference to the club’s centennial celebration.