Music Moguls Who Changed The World 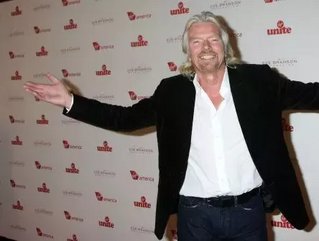 The August Edition of The Business Review Canada is now live!

We are the music makers, and we are the dreamers of dreams.

For the last 60 years no other figures in the recording industry have impacted and touched the lives of more people than these three men.

David Geffen, a college dropout, went on to start his own record label Geffen Records in the early 1980s, having colossal success with artists like Nirvana and Guns N’ Roses. Ahmet Ertegun, a Turkish immigrant with a fondness for soul and jazz music, formed one of the most prominent and significant record companies in history, Atlantic Records. He discovered such legendary artists as Eric Clapton, The Rolling Stones, Led Zeppelin, and Ray Charles, as well as initiating the Rock N Roll Hall of Fame and museum. Then, there’s Richard Branson. The upstart who formed Virgin Records and gained notoriety by signing controversial bands like The Sex Pistols and Culture Club.

It’s safe to say the music industry would not be what it is today without the help and motivation from these three men.

While all three came from different backgrounds, they all had one thing in common – a dream. In a world where nothing is given and everything is expected, these men carved out a piece of history for themselves by believing in their dreams and in doing so, changed the world of music and the music business, forever.

“I thought I'd be a success even back in the mailroom at William Morris.”

In the early sixties David Geffen began his entertainment career in the mailroom at the William Morris Agency, a long running entertainment and talent organization. In order to obtain the job, he had to prove he was a college graduate and claimed on his resume that he had graduated from the University of California at Los Angeles (UCLA). Because he worked in the mailroom, Geffen was able to intercept a letter from UCLA to WMA stating he had not graduated from UCLA. Charmingly, he modified the letter to show he had attended and graduated, helping open the doors to his future.

In the early 70s, Geffen formed Asylum Records when he couldn’t get a record deal for his friend/client Jackson Browne. After turning down Browne at Atlantic Records, Ahmet Ertegun challenged Geffen: “If he’s such a big star, why don’t you do it yourself?”

Characteristically, Geffen did just that.

The label, which was distributed through Atlantic Records, made a name for itself by signing struggling artists like The Eagles, Joni Mitchell, Carly Simon, Tom Waits, Linda Ronstadt, and Warren Zevon when no other label would. Even Bob Dylan released two albums through Asylum. After running the company for five years, Asylum became one of the greatest music business success stories ever, and Geffen sold it to Warner Communications for $7 million. As a result, Geffen was a multimillionaire by the age of 25.

In 1980, after retiring and dealing with an erroneous cancer scare, David Geffen jumped back into the saddle and formed Geffen Records. In December of that year, John Lennon’s album Double Fantasy was released on Geffen Records, an impressive feat for a new label. Lennon stated Geffen was the only one with enough confidence in him to agree to a deal without hearing the record first. Geffen took a chance with Lennon and released Double Fantasy in December of 1980. That same month Lennon was shot dead and Double Fantasy became a massive seller. Over the years, Geffen Records became immensely popular as a label, releasing works by the likes of Elton John, Sonic Youth, Aerosmith, Guns N’ Roses, Nirvana and Neil Young.

During his career, it was common Hollywood lore that Geffen was constantly in search of father figures, and found one in Ahmet Ertegun, who later became his mentor.

“Ahmet took a fatherly interest in me,” Geffen says. “I owe Ahmet a lot and he was very generous and kind to me at the beginning of my career, and I am incredibly indebted to him. I regard him as one of the great mentors of my life.”

Geffen sold Geffen Records in 1990 for $550 million in stock and continued to run the label before leaving in 1995. Even with massive success in the recording industry, Geffen took a chance and co-founded the DreamWorks SKG studio with Steven Spielberg and Jeffrey Katzenberg, making him an even bigger success in the entertainment industry. In 2009, Geffen ranked 44th on Fortune magazine’s annual list of The 400 Richest Americans, with a net worth of $5 billion. Fortune referred to him as “Hollywood’s richest man.”

Described as “one of the most significant figures in the modern recording industry,” Ahmet Ertegun’s career began with humble beginnings. The son of a Turkish ambassador to the United States, he arrived in Washington at the age of 12, having grown up at embassies in London and Paris. Right away, Ertegun fell in love with the United States, particularly the music scene. When his father died in 1944, his mother and sister returned to Turkey while Ertegun stayed in Washington, with aspirations to make records.

In 1947 at the age of 24, Ertegun founded Atlantic Records with a partner in an office in a derelict hotel on West 56th Street in Manhattan. His initial investment of $10,000 was borrowed from his family dentist. From the very beginning, Atlantic was different from other independent record companies. Because their financier did not pressure them for immediate return on his investment, Ertegun and his partner were free to make decisions based on their musical judgment. They didn’t cheat performers, as many of the other independent labels did, helping him gain a reputation for being honest. That reputation was the foundation for the success of Atlantic and many talented performers were willing to sign long-term contracts with the new label because they believed that their royalties would be paid. When it was industry practice to pay royalties below two percent – or in the case of many black artists, no royalties at all – Atlantic was paying three to five percent to all artists regardless of race or ethnicity.

Ertegun was an astute judge of both musical talent and business potential, surrounding himself with skillful producers and remaking R&B for the pop mainstream. He was a major contributing factor for the growth of soul music in the 60’s, having signed such artists as Ben E. King, Percy Sledge and Wilson Pickett. As Atlantic Records grew from a small independent label into a major national music company, it became a stronghold of soul, with Aretha Franklin and Otis Redding, and of rock, with the Stone, Led Zeppelin and Yes. In fact, Ertegun is credited with signing Led Zeppelin when he first heard their demo and knew immediately they would be a smash hit.

In 1967, Ahmet Ertegun sold Atlantic Records to Warner Bros. – Seven Arts for $17 million in stock. However, he kept making records and continued at the helms of Atlantic. With Ertegun’s help, Atlantic Records signed the Stones to a distribution deal when the band’s contract with Decca Records ended; and Crosby, Stills & Nash, who became Crosby, Stills, Nash & Young after Ertegun persuaded Neil Young to join the group.

The rise of Atlantic Records demonstrates that it was possible for people with ethics, good taste and a love and understanding of music to build a very successful business.

“To me, business isn't about wearing suits or pleasing stockholders. It's about being true to yourself, your ideas and focusing on the essentials.”

Even at an early age, Richard Branson had the mojo to be successful. Born in Surrey, England to a barrister and flight attendant, Richard Charles Nicholas Branson wasn’t always the rich and famous socialite we know today. He struggled greatly with dyslexia and poor academic performance in high school causing him to dropout at the age of 16.  That didn’t deter him though.

After dropping out of school, Branson began a youth-culture magazine called Student. The publication, run by students, for students, sold $8000 worth of advertising in its first edition -- in 1966 no less. From there, the sky was the limit. Branson started a mail-order record company called Virgin to help fund his magazine efforts and it made enough for Branson to expand his business ventures into a record shop in Oxford Street, London. With the success of the record shop, the high school dropout was able to launch Virgin Records in 1972 at the age of 22. He had immediate success with his first artist, Mike Oldfield and his smash single “Tubular Bells”. From there he signed other aspiring groups to his label, including the Roy Orbison, Devo, Genesis, Janet Jackson, the Smashing Pumpkins, the Sex Pistols, Culture Club and even the Rolling Stones, helping make Virgin Records one of the top six record companies in the world.

Branson would later indulge in a variety of other entrepreneurial efforts, including travel company the Voyager Group in 1980, Virgin Atlantic Airlines in 1984, and a series of Virgin Megastores. By 1992, however, Branson was struggling financially. He sold Virgin Records for $1 billion. Reportedly crushed by the loss, and still greatly interested in the music industry, he was determined to make it. Branson started a second record company, V2 in 1996.

Branson landed on Forbes’ “World Billionaire” list at No. 261 in 2009, with $2.5 billion in self-made fortune. Not bad for a high school dropout with dyslexia.

So what does all of this have to do with business? Everything. It's easy to follow a path that has been carved out by your parents, professors or peers. These men followed the path less taken. Dreamed impossible dreams and took a small idea and turned it into unbelievable success. Sometimes we need to hear inspiring stories to help jump start our own creativity and know that anything is possible.

Design that website, write that book and ask for that raise, because nobody is going to hand it to you. You have to make your dream come true.