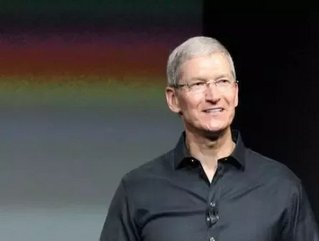 If you didn’t watch the live blog feed from Macworld.com about the Apple keynote about the new iPhone lineup, allow me to brief you on the specifics.

Here’s what you need to know:

The iPhone 5C is a more budget friendly version of the smartphone favorite and allows Apple to reach more customers than ever before. The new iPhone comes in five bold colors, green, white, blue, red, and yellow. The color is displayed throughout the product on volume buttons and switches, and the entire back and sides are made from one single part white the front is a glass multi-touch service. The benefit is you won’t see any seams, part lines, or joints. The new phone will be toting the brand new iOS7. Additionally, custom colored silicon covers have a dot design that allows the color of the phone to shine through, creating a two-tone effect.

Dan Moren from Macworld.com says, “When you pick up and hold the iPhone 5C for the first time, you’re going to be blown away by the build quality. Made of hard-coated polycarbonate on the outside and a steel-reinforced structure inside it provides incredible rigidity and works as part of the attena.”

The 5C has a 4-inch Retina display, intregrated touch, full sRGB standard, and widescreen. It’s powered with an A6 chip with blazing fast performance and console-level graphics. The battery is slightly larger than the iPhone 5 and it has an 8mp iSight camera with backside illumination, and IR filter. The front side has a new HD FaceTime camera that’s even better in low-light with bigger pixels.

The grand daddy of all iPhones, the iPhone 5S is here. This is the moment tech junkies have been waiting for and we can’t say that we blame them.

The iPhone 5S comes in three colors, silver, gold and space gray, and is made with a high-grade aluminum with diamond cut chamfered edges and perfectly matched glass inlays.

There are three major innovations. First is performance. The 5S is a huge leap forward in regards to mobile performance starting with a brand new system-on-a-chip from Apple: A7 and is the first ever 64-bit smartphone. The battery life has increased with 10 hours of 3G talk time, 10 hours of LTE browsing, 10 hours of Wi-Fi browsing, and up to 250 hours of standby time.

Second is the camera. The camera on the 5S has a new sensor with a active area that 15 percent larger,

“Before you take a picture, iPhone does an auto white balance, auto exposure, creating a dynamic local tone map around the image to get better highlights and shadows, autofocus matrix metering for sharpness, and it actually takes multiple phones, analyzes them in real time for which the sharpest, and that’s what you see,” exclaims Moren.

The third, and possibly the most notable improvement, is security. The rumored fingerprint technology has finally made its debut. The new iPhone reads your fingerprint at an incredibly detailed level, using a touch ID sensor. It scans sub-epidermal skin layers for better images and you can teach the phone to recognize more than one finger, not matter the orientation, it can identify the fingerprint.