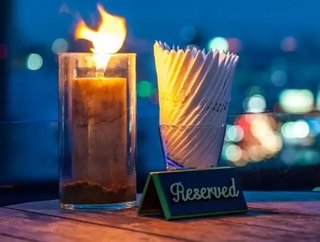 Christa Quarles was named CEO of OpenTable by The Priceline Group in late 2015, after serving as OpenTable's CFO, and then interim CEO when former CEO Matt Roberts became the Chairman of the company. Quarles served as the Chief Business Owner for neighborhood-based social network Nextdoor, where she oversaw general business development and intelligence as well as other business functions like the human resources and legal departments, and shaped the company's business models. Nextdoor differentiated itself by having users' posts only be visible to people in the immediate neighborhood, effectively making it the first private social network that stood out from competition, and Quarles oversaw the dawn of revenue streams within the company – like the sale of household items and offering personal services in a manner similar to Craigslist – except Nextdoor promised more security and privacy.

Quarles has extensive experience with digital businesses that constantly evolve, and modernizing Web 1.0 businesses. She also has significant leadership experience in the gaming industry, having served as SVP and general manager for Disney Interactive where she led their mobile and social games divisions, and also as CFO of casual gaming giant Playdom prior to its acquisition by Disney. Before working for Playdom and Disney, she spent ten years as an equity research analyst specializing in the internet sector at Thomas Weisel Partners (now Stifel Financial), and also served as a managing director and senior equity research analyst for the same firm and its affiliated partnerships, having covered the internet sector since 2000. Holding a CFA designation along with a bachelors in economics from Carnegie Mellon University with honors and an MBA from Harvard, Quarles received recognition from Greenwich Associates, Forbes, and Starmine for her analyst work in the digital space. She then joined Playdom as CFO in 2009 and saw the company through its IPO, before helping sell the company to Disney for $760M immediately after acquiring and integrating seven companies for Playdom at a clip of one company per month.

Throughout her career spanning different industries in the digital space, Quarles' leadership style has been uniquely reflected in her ability to identify when, how, and where companies in the digital space are about to break and what can be done to save them. Her chief strategies for steering digital companies towards change are supporting fast growth by reactively leaning in, paying attention to how often companies temporarily break (but don't completely fail), and subsequently drawing a clear line between the finders and fixers of discrepancies. Quarles advocates avoidance of generalized solutions since no two companies will ever experience growth the same way, and her past successes have relied on closely monitoring four key areas during growth: headcount, revenue, users, and geographic expansion.

Quarles' HR philosophy that has contributed to the successes of the companies she has run is hiring passionate people, whether they are passionate about the company itself or simply their role in the company, and she can determine this in the first seven minutes of the interview. She believes that a passionate employee will be happier and more productive than one who doesn't care about the company or the job: workers must love solving the problems they are hired to solve rather than what the company sells so that they are not just another number in the headcount.

She has plans to bring OpenTable to new heights by reshaping how its users go out to dinner with mobile payments, personalized recommendations, premium reservations, and other updates that will keep the company at an advantage over the start-ups that continue to make tasks like placing reservations and orders more convenient and personalized. Ms. Quarles plans to especially focus on the review aspect of dining out per the user analysis of her growth strategy, as online reviews have become crucial to businesses of all sizes to get recognized and address problems.

Drawing upon her vast background in business intelligence and strategic growth management, OpenTable's business model is expected to see more changes under Quarles’ leadership, with goals of getting more user interaction and driving more business to restaurants that use OpenTable but also utilizing being a part of the Priceline Group. Quarles plans on making OpenTable universal through Priceline's technology and global travel aspects, vastly expanding from the eight countries the company currently operates in so that all users who are global travelers can seamlessly become global diners no matter what territory or market they are in. She is also harnessing the power of social media and search engines by forming key partnerships with Instagram and Google, so that photos of food and restaurants will integrate with OpenTable reviews straight from the users and simply entering a restaurant's name in Google will result in a button that lets the user make a reservation through OpenTable. Quarles will be adopting additional revenue streams for OpenTable as well, such as paying a premium for reservations at restaurants that fill up quickly, and she has been experimenting with surge pricing akin to Uber.

An integral component of her leadership philosophy includes working towards and even being affirmed by problems: that failures are one-directional and indicative of stagnation rather than innovating and drastically improving internal processes.