Opinion: Why Jeff Bezos stepping down is no prime-time drama 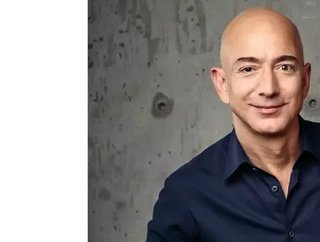 Amazon’s founder and CEO Jeff Bezos has announced he is leaving his role to focus “time and energy” on other ventures...

Jeff Bezos, the world’s richest man worth an estimated U$$196 billion, did not face the toughest life choice of 2021 when he announced he was stepping back from his role of CEO of Amazon – the world’s third largest company by market capitalization.

At 57 years of age, Bezos is to become executive chairman in a move that he says will give him “time and energy” to focus on other ventures.

"Being the CEO of Amazon is a deep responsibility, and it's consuming. When you have a responsibility like that, it's hard to put attention on anything else," he said in an email to Amazon staff on 2 February.

"As Exec Chair I will stay engaged in important Amazon initiatives but also have the time and energy I need to focus on the Day 1 Fund, the Bezos Earth Fund, Blue Origin, The Washington Post, and my other passions."

Bezos is the latest leading executive to take a step back, following some high-profile similar moves in the last 12 months.

Bob Iger of Disney for one. He announced he was stepping down as CEO last February to take the executive chairman title.

“What I want to accomplish before I leave the company in ’21, getting everything creatively right would be my no.1 goal,” Iger said at the time. “I could not do that if I was running the company on a day-to-day basis.”

Due to the growing impact of coronavirus, Iger was unsurprisingly back helping steady the ship as first-mate to captain Bob Chapek.

Then in March 2020, Bill Gates stepped down from the Microsoft board to focus on his philanthropic activities – health, education and climate change. He also left Warren Buffet’s Berkshire Hathaway board.

One thing that Bezos, Iger and Gates have in common is a sense of mission accomplished. Iger is 69 years old and Gates 65. Bezos moving on now, with Amazon in such good shape having fared well during the pandemic, gives him a decade head start on many of his contemporaries when it comes to pursuing other interests.

"I've never had more energy, and this isn't about retiring,” added Bezos in his email. “I'm super passionate about the impact I think these organizations can have.”

What this does highlight, however, is the changing role of the CEO. When Mark Weinberger was preparing to leave his position as EY Global Chairman and CEO back in 2019, he provided some prescient insight into how the business world had changed.

“As I reflect on my time at CEO, it’s remarkable to consider how much the world has changed – and how much the expectations of global businesses have changed along with it,” said Weinberger.

“Today, in an era of transformation and uncertainty, people around the world are looking to the business community for leadership. It’s time for next generation of CEOs to rise to the challenge. Our license to lead depends on it.”

What do you think? How has the role of the CEO changed?