Palestinian women suit up for the business world 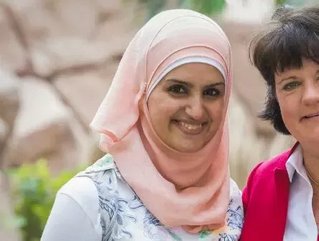 It’s an exciting time to be a woman, especially for Abeer Abu Ghaith. Now being referred to as the “first female high-tech entrepreneur” in the West Bank, this 29-year-old Palestinian trailblazer has taken her own culture and surrounding business-cultures by storm. Analysts project that this somewhat stagnant sector, before Abeer’s work in it, could double in size over the next five years and could employ up to thousands more— that being said, you go girl.

The success of Ghaith stems from the success of her Internet employment brokerage and software development firm, which she singlehandedly fronted. Putting in 16-hour days, demonstrating her knowledge of local IT and communications and inspiring women across her region and others, these daily projects for Ghaith have been her commitments not only to personal philosophy, but to her business as a whole. With the goal of inspiring women to reach for more than what has been prescribed to them, Abu wants females everywhere to assert financial independence and provide access to available jobs for women everywhere.

“Palestinian women face a lot of challenges,” said Abu Ghaith, the second-oldest of nine brothers and sisters, speaking at her family home in the town of Dura, one of the most conservative areas of the West Bank. “We have plenty of qualified women in my area who have no access to jobs.”

Just last month, Abeer Abu Ghaith was recognized by the regional high-tech leaders as a recipient at the Women in Technology Awards in the Middle East and Africa in 2014. Utilizing relationships between her three major business allys (a close female friend, a male expert in IT training and a company which offered advice in the early stages of development), this Palestinian heroine has set herself to not only make a substantial profit gain, but to make history as well.

The Associated Press reports, “Abu Ghaith graduated from the Polytechnic University in the nearby city of Hebron in 2007 and still works for her alma mater as a career counselor for IT students.”

“Last year, she set up her company, StayLinked, which serves as a talent broker between Palestinian freelancers and businesses in need of services, such as translation, data entry, graphic design, online marketing and website development. Customers include companies in the U.S. and in Gulf countries,” she said.

Abu Ghaith commented on the longevity of women in her society and the change she wishes to be in the world, ““As a woman, I can help and change the world in my own way, even if the society wants to confine us in the kitchen and the house,” she said, sitting at a desk in her cramped bedroom, which doubles as an office. “I have changed the world from the house.”

The women who found work through her are more than grateful.

“She gave us a job opportunity,” said Zeina Abu Sneineh, 24, a recent university graduate who believes she’d be unemployed if it wasn’t for Abu Ghaith. “People over here think that what women have to do is get married and have children,” added Abu Sneineh, who grew up in Houston but returned to the West Bank with her family.