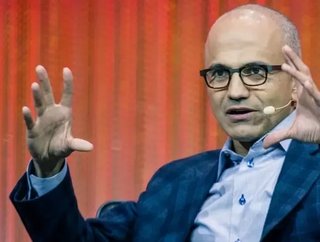 Since his appointment as CEO of Microsoft on February 4, 2014, Satya Nadella has been working to reinvigorate the once dominant tech brand. Under the stewardship of his predecessor, Steve Balmer, Microsoft went from one of the most innovative and profitable countries in the world to one rife with internal turmoil and employee paranoia. As 2016 moves forward, Satya Nadella will continue to take an active role in securing partnerships with innovative tech startups while increasing the user footprint of the company’s legacy software, Windows.

After recognizing that more and more users were choosing Apple’s iPad as their primary computing platform, Nadella made the decision to partner with their primary competitor in order to bring Microsoft Office to the iOS platform. In a world in which cloud based systems that provide a user’s data instantly across any platform is increasingly becoming the norm, Nadella recognized that the best way to ensure Office remained the top of the business suite heap was by making sure it was available on as many different OS’s as possible.

Within a year of taking the helm of Microsoft, Nadella chose to unveil the latest addition to their venerable Windows platform:; Windows 8.1. More than simply a slight upgrade from Windows 8, the release promised a host of new features geared towards professional users and business. The return of the Start Button, Internet Explorer 11 and the move to make it more desktop friendly were a big hit among consumers unsatisfied with the original Windows 8 release.

On the smartphone front, Microsoft released their virtual personal assistant “Cortana.” An answer to Apple’s “Siri,” Cortana promised the ability for users to search the web using Microsoft’s Bing using only their voice. The feature was later integrated into all Microsoft tablets and Windows machines.

During the 1990s, Microsoft was largely seen as a company who would partner with or purchase smaller startups, only to crush them once fully absorbed into the larger entity. This continued through Steve Balmer’s term and gave Microsoft the reputation of being a destructive force within the tech industry, incapable of true innovation and becoming increasingly outdated.

Nadella has made it his personal mission to reverse this perception, furthering integrating Microsoft products on operating systems other than windows and investing in the alternative computing platform, “Hololens.” Microsoft’s renewed interest in working with smaller companies has led to a more nimble, modern company that is better in tune with the ever changing world of technology.